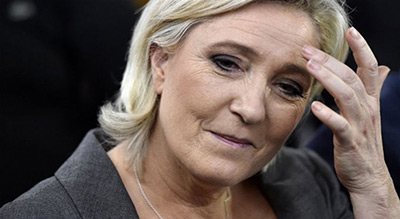 French far-right presidential candidate Marine Le Pen was due in Moscow on Friday for meetings with lawmakers less than a month before a presidential election clouded by allegations of Russian interference. 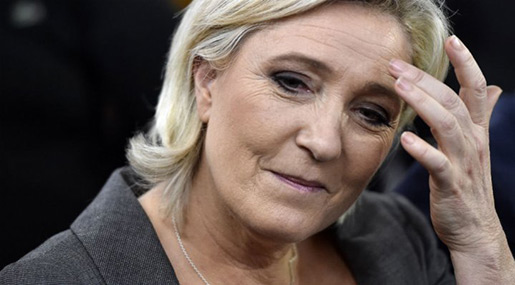 The leader of the National Front, an anti-immigrant and anti-European Union [EU] party, is seeking to bolster her international credentials ahead of the two-round French election on April 23 and May 7.

Her visit comes on the heels of a trip this week to Chad, base of a French military operation that's aimed at rooting out Islamic extremists from a swath of Africa.

The head of the Russian Duma's international affairs committee, Leonid Slutsky, was quoted by the Tass news agency as saying Le Pen would hold meetings on the "international agenda such as the war on terrorism".

There was no official word as to whether the French far-right leader would meet with Russian President Vladimir Putin, whom she has described as "good for world peace".

The trip comes at a time when lawmakers in the US are investigating President Donald Trump's campaign links to Russia.

Le Pen, an admirer of both Trump and Putin, had made multiple visits to Russia, as had her father, niece and other members of the National Front, often meeting with Russian legislators.

She received a $9 million loan from a Russian bank in 2014 that raised concerns over Moscow's potential influence on her and her party.

Moscow had courted far-right parties in Europe in an influence-building campaign as friction between Russia and the West has mounted over the conflict in Ukraine and the Syrian war.

Le Pen said she considers Crimea a part of Russia, and would cultivate closer ties with Russia if elected president rather than pressuring it over Putin's authoritarian policies.

National Front Treasurer Wallerand de Saint-Just said Le Pen's trip is not a cash-raising exercise, though party members said they are seeking millions to fund both the presidential and the ensuing parliamentary election campaigns.

Current polls suggest Le Pen could win the first round of voting but would lose the second round to centrist Emmanuel Macron.

A senior aide to Macron accused Russia of using its state media to spread fake news to discredit Macron and influence the outcome of the vote.

The Russian connections of the number three presidential contender, François Fillon, had also been a feature of the campaign ahead of the first-round vote in a month's time.

The Kremlin denied meddling in the campaign. It also said this week that a French media report alleging Fillon was paid to arrange introductions to Putin was "fake news".