Syrian President Bashar al-Assad rejected the creation of safe zones for refugees and displaced people in Syria, an idea supported by US President Donald Trump, according to a transcript from an interview with Yahoo News released on Friday. 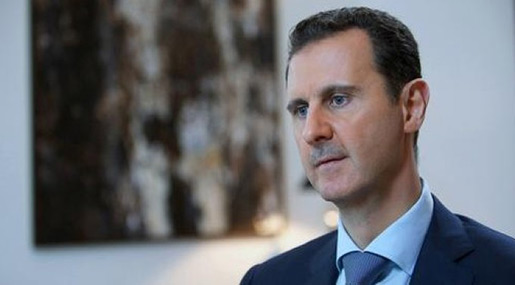 He signaled he would welcome cooperation with Washington in the fight against Daesh [Arabic acronym for "ISIS" / "ISIL"], however, as long as the US took a "clear political position" on Syria's sovereignty and unity.

Assad had cautiously welcomed the new US administration's focus on fighting the Takfiris, in which Trump had held out the possibility of cooperation with Damascus ally Russia.

Under former US President Barack Obama, the US called for Assad's departure and supported militants fighting to unseat him.

The Syrian government had rejected the creation of safe zones, favored by militant backers including Qatar, which could ratchet up US military involvement in Syria.

"It's not a realistic idea at all," Assad said in the transcript. "This is where you can have natural safe zones, which is our country. They don't need safe zones at all."

"It's much more viable, much more practical and less costly to have stability than to create safe zones."

Assad said safe zones would be at risk of attack from armed groups.

The United Nations [UN] also rejects safe zones, saying conditions in Syria, where battles rage on between multiple sides, are not suitable.

Trump had not provided details about the proposed safe zones, except to say he would have the Gulf states pay for them.

Much of the conflict is focused on a number of separate battles being waged against Daesh: by Russian-backed Syrian Army troops and their allies, US-backed Kurdish and Arab fighters, and Turkish-backed Syrian insurgents.

The US had deployed Special Forces to Syria to support the Kurdish YPG militia and its allies, and not in coordination with the Syrian army.

Assad said US troops would be "welcome" in Syria to fight Daesh provided Washington coordinate with Damascus and recognize the sovereignty of his government.

"If the Americans are genuine, of course they are welcome. Like any other country, we want to defeat and to fight the terrorists," he said.

"Troops is part of the cooperation ... [but] you cannot talk about sending troops ... if you don't have a clear political position toward not only the terrorism, toward the sovereignty of Syria, toward the unity of Syria," he said.

"It must be through the Syria government."

Moscow said Trump and Russian President Vladimir Putin had discussed setting up "genuine coordination" in the fight against Daesh and "other terrorist groups" in Syria during a phone call last month.

There has been no indication the United States would coordinate with Syria itself.

For now, US-Russian cooperation is largely limited to ensuring that the two countries' air forces operate safely and that the risk of accidental confrontation or collision is minimized.

Assad also dismissed a report by Amnesty International which said up to 13,000 prisoners had been executed at a military jail in Damascus since 2011.

World powers involved in the Syrian conflict had pushed diplomatic efforts to end the war, which had killed hundreds of thousands of people and created millions of refugees.

Assad repeated that he would leave power if voted out by the Syrian people, and would consider an early presidential election after parliamentary polls are held.