The British Foreign Office had been accused of trying to cover up its funding of a program to train the Bahraini police in crowd control techniques, including the use of water cannon and dogs. 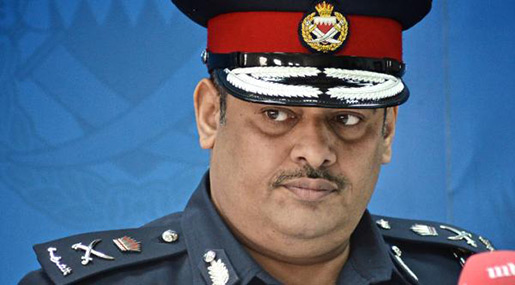 UK officials had consistently denied that the £1bn conflict, stability and security fund had been used for any public order programs with Bahrain's security forces.

However, it had emerged that the fund was used to pay for Bahrain's chief of police, Tariq al-Hassan, and other senior officers to travel to Belfast to learn how police in Northern Ireland deal with public protests.

Dozens of demonstrators died during pro-democracy protests in Bahrain in 2011 and the regime banned rallies and gatherings the following year. Amnesty International [AI] had also warned that torture and ill treatment of detainees in the country are "common".

Sayed Alwadaei, of the Bahrain Institute for Rights and Democracy, said: "The UK government has repeatedly denied providing any public order training, and now we know for a fact they've trained a police force which violently crushes pro-democracy protesters with sophisticated, British-made methods."

Maya Foa, a director of the human rights organization Reprieve, which obtained details of the Bahrain police program from Northern Ireland Co-operation Overseas [NI-CO], a public body that helps forge links between overseas countries and UK public bodies, said: "It's outrageous that the government has covered up this project."

The documents reveal that al-Hassan toured Belfast's "flashpoint" neighborhoods in a visit in June 2014 that included a briefing on gathering "community intelligence" and human rights complaint systems.

In August 2015 a delegation of Bahraini senior commanders and frontline officers visited Belfast to learn how to manage "large-scale public order issues in a human rights compliant fashion". The visit included briefings on evidence gathering and use of water cannon and dogs.

This weekend the UK Foreign Office denied there was any attempt at a cover-up and said that it classified the "command and control" project in Northern Ireland as "technical assistance" rather than a public order program.

It said: "The study visit in August 2015 was to allow members of the Bahraini police to observe how [the Police Service of Northern Ireland] manages public order issues in a human rights compliant manner."

The Bahraini embassy in London denied torture and ill treatment were common in Bahrain. It said the Foreign Office was helping the country to implement reforms that were required in its law enforcement and judicial system.