US President-elect Donald Trump on Wednesday berated the media and US intelligence agencies as he denied explosive allegations about his ties with Russia -- while admitting for the first time that Moscow had likely meddled in the US election. 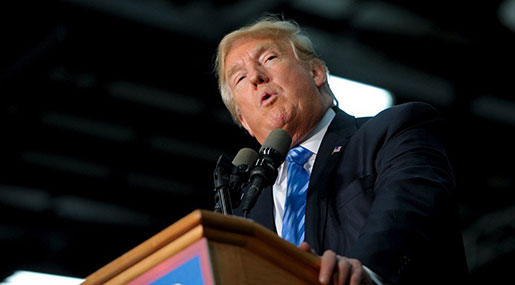 Just over a week before he takes office, Trump confirmed he had ceded "complete" managing control of his global property empire to his two sons, seeking to dispel fears about possible conflict of interests.

As for the rise of the Daesh [the Arabic acronym for the Takfiri ISIS/ISIL group], Trump accused the Obama administration of its creation considering that this administration created Daesh by leaving the Middle East at the wrong time.

However, referring to possible future plans, Trump said the United States could team up with Russia to crush Daesh together.

Russia can assist the United States in the fight against the Daesh terror group, Trump told reporters during the Wednesday press conference.

"Russia can help us fight ISIS, which by the way is number one tricky, I mean if you look, this [Obama] administration created ISIS by leaving at the wrong time," Trump stated. "The void was created, ISIS was formed."