The reluctance to release proof of alleged Russian hacking aimed at swaying the US election in Donald Trump's favor indicates it "doesn't exist," former CIA analyst John Kiriakou told RT, arguing that the Democratic Party's defeat should be pinned on Clinton. 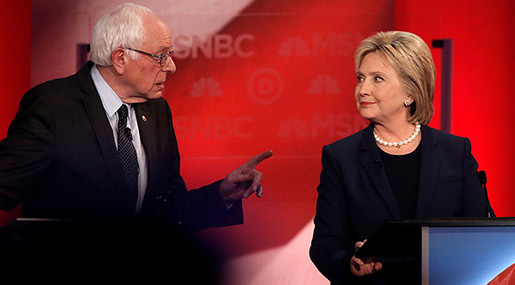 Instead of collecting the "cold-hard facts and present those facts as evidence," US intelligence agencies went for a second option, handing over the matter to analysts "in the absence of facts," who then made "analytical conclusions based on the bits and pieces that they are able to collect," Kiriakou said, commenting on the recently-released ODNI report.

"We have something that have been massaged by the CIA analysts and they have drawn analytical conclusions based on what little evidence they have," the CIA officer-turned-whistleblower said.

Kiriakou is certain that if there was indeed a hacking operation, the NSA would have been able to reveal technical evidence that would locate the exact source of the hack's origin.

"If this hacking actually took place, there would be an electronic trail back to the point of origin.

We haven't seen any electronic trail. We haven't heard anything coming from the director of the NSA saying that there had been a successful hack," Kiriakou said, adding that the NSA's silence on the matter leads him to believe that "the evidence doesn't exist."

Kiriakou believes that although senior elected officials in Washington keep using the word "overwhelming" to describe the evidence, which they claim points to Russia's direct involvement in the hacks, the Democratic Party was not eager to assist the FBI with examining its servers.

Speaking on the potential threat to American democracy ensuing from perceived Russian hacking, Kiriakou said that such estimates do not hold up, adding that it would be only the case if "Russia or any other country had actually hacked... into voting machines or hacked into the Federal Election Commission."

Instead of blowing the alleged involvement of Russia in the US democratic processes out of proportion, the Democratic Party might want to search for the root of the debacle at the polls within its own ranks, Kiriakou said.

"The truth of the matter, and I say this with a heavy heart, because I'm a lifelong Democrat... is that Hillary Clinton was a terrible candidate. The evidence shows that Hillary Clinton essentially stole the nomination from Bernie Sanders," Kiriakou said, noting that Clinton's own conspiracies rebounded back on her.

"That is why Hillary Clinton lost this election, not because of any hacking scandal," he concluded.