Among the muddled Middle East policies the Trump administration will inherit from President Obama is US involvement in Saudi Arabia's bloody and futile intervention in Yemen. Pushed by its ambitious, 31-year-old deputy crown prince, the kingdom plunged into Yemen's civil war in 2015 and since then has carried out some of the most brutal attacks in a war-ravaged Middle East with substantial American support. Human rights groups have accused the Saudis of bombing hospitals, schools and other civilian sites and of employing cluster munitions, all in violation of international law. 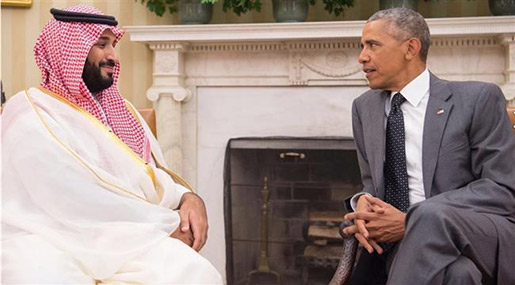 In response, the Obama administration has withheld some support, but not enough to stop the carnage - a policy that manages to anger all sides while accomplishing next to nothing.

The continued US support includes refueling Saudi aircraft, which have continued to pound Yemeni cities since the administration announced on Dec. 13 that it had decided to block a $390 million sale of guided-munition kits to the Saudi military by Raytheon. The sanction, which was coupled with a reduction of intelligence sharing, could conceivably lead to more civilian casualties, since the kits and intelligence are used to make bombing more accurate. The sale also represents a puny part of the $58 billion in weapons the United States has sold to Saudi Arabia since Obama took office, including $20 billion in 2015 alone.

Evidently, the White House felt compelled to respond, however ineffectually, to charges that the United States is complicit in Saudi war crimes. Human Rights Watch says it has documented 23 unlawful airstrikes in which US munitions were used, many of which killed civilians, including children. According to the United Nations, at least 4,125 civilians were killed and 7,207 wounded between March 2015 and October 2016, mostly in airstrikes by the Saudis and their Persian Gulf allies.

A review of US policy was finally announced after the bombing of a funeral ceremony in October killed more than 140 people. The White House piously voiced "very significant concerns about the high rate of civilian casualties." But the measure it adopted allowed the bombing campaign to go forward - and it has, notwithstanding a hasty and unavailing effort by Secretary of State John F. Kerry to broker a cease-fire.

A policy of half-measures and moral compromise might be called for if the Saudi campaign was judged to be a vital US interest; the kingdom claims to be fighting a proxy war against Iran, and Yemen remains a base for al-Qaeda. But the conflict is not that simple: The Ansarullah are allied with a former Yemeni ruler who was considered a US and Saudi ally until 2011. More to the point, the Saudi strategy of bombing the Ansarullah until they agree to withdraw from the Yemeni capital, Sanaa, has next to no chance of succeeding.

The Trump team that will inherit this mess arrives with seemingly conflicting impulses. War-secretary nominee James N. Mattis, a former chief of US Central Command, is a firm supporter of the US military alliance with Saudi Arabia and its Gulf neighbors, which Trump has been criticizing since the 1980s. The instinct to reverse the previous administration's policies, combined with a willful disregard for human rights, might prompt the new administration to renew full support for the Saudi bombing. If so, it will be buying itself a place in a quagmire.