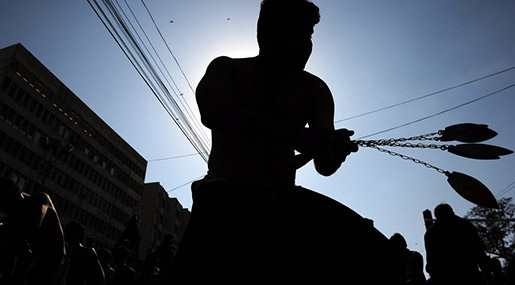 The men, employed by the construction conglomerates Binladin Group and Saudi Oger, had been waiting for months to be paid.

Video footage from their protest in April showed them angrily setting ablaze several buses that belonged to their employers.

While the Mecca court delivered the aforementioned sentence to those involved, some received a lighter sentence of 45 days in detention.

Binladen Group, founded by the father of deceased al-Qaeda leader Osama bin Laden, and Saudi Oger, led by Lebanon's Prime Minister Saad Hariri, both claimed they were unable to pay employees after a plunge in oil revenues.

The companies claimed they completed payment to 70,000 sacked employees at the end of 2016 and that workers who are still with the company would be receiving payments soon.

Many of the foreign workers are from the Indian subcontinent and rely on sending their earnings home in the form of remittances.