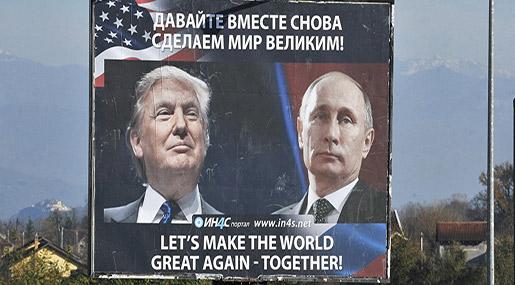 US Central Intelligence Agency [CIA] Director John Brennan expressed hope that relations between the United States and Russia will get better, for the sake of global stability.

"I certainly hope that, looking out over the next several years, the relationship between Moscow and Washington improves, because it is critically important for global stability for the United States and Russia to have a better relationship, absolutely, and so I fully endorse that," Brennan said in an interview with the Public Broadcasting Service [PBS], released on Wednesday.

The PBS issued the second part of the interview after releasing the first part on Tuesday. In the first part, Brennan reproached Russia for allegedly conducting a "scorched earth" policy in Syria, which led to a strong response from the Russian Defense Ministry.

Despite the remarks, the second part of the interview indicated that the outgoing CIA chief thought that the two countries can find ways to cooperate, with the incoming Donald Trump administration possibly presenting an opportunity for rapprochement.

"This is not to say that we cannot find ways to be able to work together, the United States and Russia. Again, I think it's critically important that we do. And maybe now, with a new administration, there will be opportunities to do that. I certainly hope so," Brennan said.

The CIA chief, however, reiterated US intelligence claims that Russia used cyberattacks to influence the US election.

US intelligence agencies are set to present a report on the allegations to Trump on Friday.

Trump has previously criticized the claims, while WikiLeaks founder Julian Assange said Russia had nothing to do with leaks compromising the Democrats and Russian officials have called the US allegations absurd.