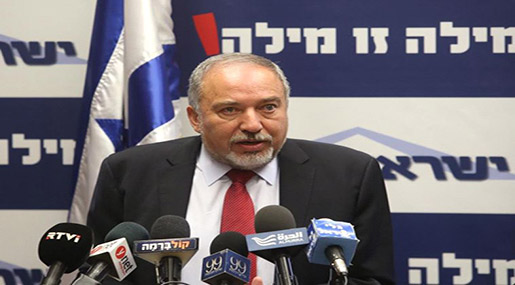 Speaking in the ‘Israeli" parliament, the Knesset, on Monday, Lieberman denounced the plans unveiled by the French foreign minister on Thursday to convene some 70 countries in Paris on January 15 for a peace conference devoted to the settlement of the ‘Israel'-Palestine conflict.

Lieberman, who has repeatedly made headlines with his controversial statements, compared the conference to the historic trial of Alfred Dreyfus, a French artillery officer of Jewish heritage.

Dreyfus was convicted of treason in 1894 and stood a set of trials which split French society until he was completely cleared of all charges and reinstated in the army in 1906. His trial and conviction has long been seen as a symbol of injustice and anti-Semitiс views held by part of the public and the French media at the time.

"This is a modern version of the Dreyfus trial," Liebermann said.

The Paris summit is being seen as another attempt by France to galvanize the stalled peace process as invitations to attend the meeting extended to both ‘Israeli' and Palestinian leaders.

However the Zionist government is up in arms over the idea.

In his speech, Liebermann blasted the timing of the event, arguing that it comes at a time when France is embroiled in a heated presidential race and thus the meeting does not serve the original idea of peace-brokering.

Lieberman's comments come on the heels of the UN Security Council passing a resolution on illegal ‘Israeli' settlement construction, which calls on the Zionist entity to "immediately and completely cease all settlement activities in the occupied Palestinian territory, including east [al-Quds/]Jerusalem."