A new indefinite truce in Ukraine held by a thread for a third day Monday as both pro-Russian insurgents and Kiev reported clashes near a prized railroad hub but no deaths. 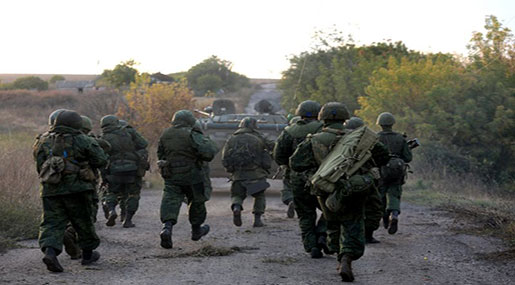 Ukraine and Russia - two ex-Soviet neighbors that are now sworn foes - agreed to the armistice Wednesday with the help of mediation from the Organization for Security and Cooperation in Europe [OSCE].

The rebels signed on to the cease-fire Friday after some deliberation.

But mortar and artillery fire continued unabated without claiming any lives.

"Our positions came under attack 33 times since early Sunday," the Ukrainian military said in a statement.

The insurgents' website said their side had come under fire from Ukrainian grenade launchers 62 times in the past day.

Such weapons have been banned by a February 2015 peace agreement that both sides have long ignored.

Kiev and its Western allies view the eastern separatists as Russian proxies who have been fighting for 31 months to destabilize the Ukrainian government and keep it dependent on the Kremlin's whims.

Moscow denies interfering in the conflict but international monitors have seen tanks and other heavy military equipment enter the Ukrainian war zone from Russia throughout the war.

In March 2014 Russia annexed Ukraine's Crimea peninsula a month after the ouster of the Moscow-backed government in Kiev.

The latest truce came shortly after a battle for control of Debaltseve - a railway hub that links the pro-Russian regions of Lugasnk and Donetsk.

Details are disputed but Kiev appears to have won back control of most regions around the town after an initial rebel assault.