US Secretary of State John Kerry "would be the first one" to speak about his frustration over the outcomes of US policies in Syria, State Department spokesman John Kirby said on Thursday. 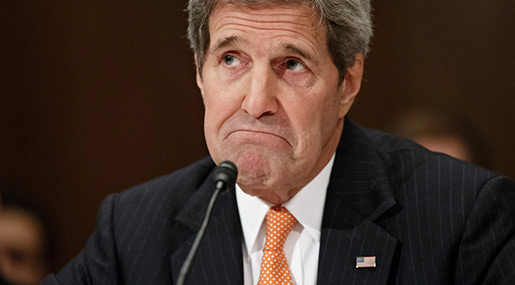 Kerry would acknowledge that his diplomatic efforts to achieve a political solution to the crisis in Syria did not bring the intended results, Kirby said in a daily briefing.

"If you would have asked the secretary [Kerry], he would be the first one to tell you he is, obviously, frustrated about where we are in Syria," Kirby told reporters. "Our diplomatic efforts have not been successful in terms of getting us to a political transition where the voice of Syrian people can be heard."

Kirby asserted that Kerry would still try to make a progress on the situation in Syria during his last month in office.

Additionally, the spokesman praised Kerry's efforts in building a coalition to counter Daesh [Arabic acronym for "ISIS" / "ISIL"] in Iraq and Syria.

Kerry will be replaced by ExxonMobil CEO Rex Tillerson after President-elect Donald Trump is inaugurated on January 20.