The US administration is ready to abstain from a UNSC vote, letting a resolution on illegal settlement activity pass, officials told Reuters. This is why "Israel" reached out directly to President-Elect Trump, who slammed the measure as "extremely unfair." 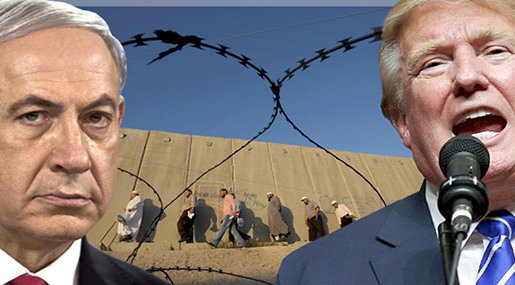 A senior "Israeli" official told Reuters that the "Israeli" regime contacted Trump's transition team at a "high level" and asked the president-elect to apply pressure to shelve the resolution after Tel Aviv learned that the Obama administration had intended to allow the measure to pass.

"It was a violation of a core commitment to protect Israel at the UN," the official said. Another two western officials told the agency that Obama had intended to abstain from the vote.

President-elect Donald Trump indeed publicly expressed his opposition to the resolution before the UN Security Council, saying on Thursday that he wants the US to veto it.

The resolution proposed by Egypt said the "establishment by ‘Israel' of settlements in the Palestinian territory occupied since 1967, including East al-Quds [Jerusalem], has no legal validity and constitutes a flagrant violation under international law and a major obstacle to the achievement of the two-State solution and a just, lasting and comprehensive peace," according to a draft put forward on Wednesday.

It also demands of the "Israeli" entity to "immediately and completely cease all settlement activities in the occupied Palestinian territory, including East al-Quds [Jerusalem]."

"The resolution being considered at the United Nations Security Council regarding ‘Israel' should be vetoed," Trump announced Thursday morning on Twitter.

In a lengthier statement, posted on his Facebook page, the president elect argued that "peace between the ‘Israelis' and the Palestinians will only come through direct negotiations between the parties, and not through the imposition of terms by the United Nations."
"This puts ‘Israel' in a very poor negotiating position and is extremely unfair to all ‘Israelis'," Trump concluded.

The "Israeli" entity presently controls all of the territory of the old Palestine Mandate, which the UN Resolution 181 [II] partitioned into two states - one "Israeli", one Arab - in 1947.

A war fought in 1948-49 resulted in the establishment of the "Israeli" entity, while the remaining Arab territories in the occupied West Bank and Gaza were incorporated into Jordan and Egypt, respectively. The entity gained control of both territories during the June 1967 war against Egypt, Syria and Jordan.

While the West Bank and Gaza are considered occupied territories, and had been administered by the Palestinian National Authority since 1994, the "Israeli" entity considers all of al-Quds its capital - including the eastern part of the city, held by Jordan until 1967. The proposed Egyptian resolution explicitly denies this claim, labeling East al-Quds part of the occupied Palestinian territories.

During the campaign, Trump promised to recognize al-Quds as the "Israeli" entity's capital and move the US embassy from Tel Aviv.

Meanwhile Egypt decided to postpone a vote on a UN Security Council resolution which calls for the entity to cease illegal settlement expansion on Palestinian land. Cairo allegedly delayed the measure after heavy diplomatic pressure from Tel Aviv.