A new agreement has been reached for the evacuation of militants from the last pocket of territory they control in Aleppo, a senior Syrian military source told AFP Thursday. 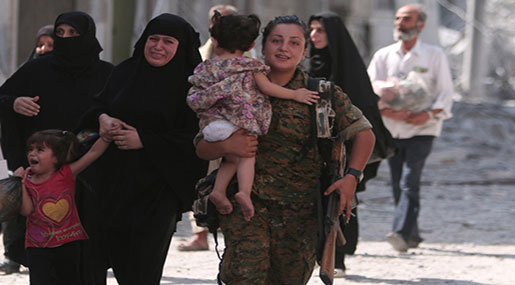 "A deal has been reached for militants to leave, and the preparations are happening now," the source said.

He made no mention of any arrangements for the evacuation of civilians. The militants had said that their departures would begin from dawn after a deadly setback on Wednesday.

This comes as the UN's Commission of Inquiry for Syria [COI] said Wednesday it had received reports that opposition militants were blocking civilians from fleeing Aleppo and using them as human shields.

In a statement, the COI said it had "allegations of opposition groups... preventing civilians from leaving as well as opposition fighters embedding themselves within the civilian population, thus heightening the risk to civilians of being killed or injured."

Meanwhile, Syrian troops have made fresh advances in an eastern neighborhood of Aleppo as part of their offensive to drive out the last remnants of foreign-backed militants from the city.

The so-called Syrian Observatory for Human Rights said government forces had won back half of the Sukkari district, which was among the last areas in Aleppo remaining under the control of terrorists.

Syria's state-run television network said government forces are now in control of 99 percent of Aleppo, with militants cornered into a small slither of land.

Hundreds of foreign-backed militants have laid down arms in Aleppo since Tuesday, and almost 6,000 civilians have left militant-held districts.