The White House said Monday that there is no evidence to support the alleged "election fraud" claimed by President-elect Donald Trump, who on the weekend said that "millions" of people voted "illegally" for his Democratic rival, Hillary Clinton, in the Nov. 8 election. 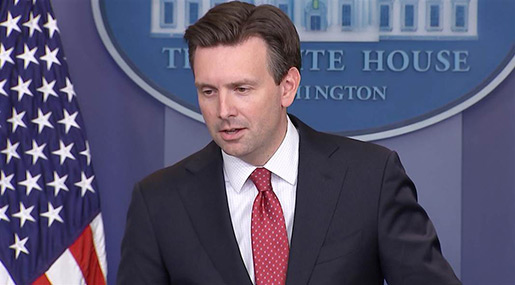 On Sunday, Trump said on Twitter that he would have beaten Clinton in the nationwide popular vote "if you deduct the millions of people who voted illegally."

He also called into question the results in three states he lost to Clinton, saying "Serious voter fraud in Virginia, New Hampshire and California - so why isn't the media reporting on this? Serious bias - big problem!" but offering no evidence of the supposed fraud.

However, there had been "no evidence produced to substantiate" Trump's claims, White House press secretary Josh Earnest said in his daily press conference on Monday.

When asked about Trump's spate of Twitter messages on Sunday questioning the US election system, Earnest said that for a reaction or explanation he would have to refer reporters to the president-elect's transition team.

Trump had resurrected the claim of election fraud in an apparent attempt to divert the media focus on the vote recounts requested by the Green Party in Wisconsin and Pennsylvania, and the one the party says it intends to request by Wednesday in Michigan.

The mogul's transition team insisted on Monday that there is evidence of election fraud, after Trump on Sunday once again fired off a salvo of Twitter messages in which he claimed that "millions of people" had voted illegally in the presidential election.

Trump's reaction came after Clinton's campaign said on the weekend that it would "participate" in the Green Party's recount effort.

Meanwhile, Trump transition team spokesman Jason Miller told reporters on Monday that it is "ridiculous wasting oxygen" on recounts, labeling it a fundraising "scam by Jill Stein in an election already conceded" and an effort that will not change the overall election result.

Trump won 306 votes in the Electoral College to Clinton's 232, putting him above the 270 votes needed there to win the presidency, although the College's electors are scheduled to formally vote on the matter on Dec. 19 - and Trump will not officially be declared the election winner until he secures at least 270 of their votes - and Clinton is ahead by some two million votes in the nationwide popular vote.