The Islamic Movement in Nigeria [IMN] held a funeral for Muslims recently martyred by the country's armed forces in the northern city of Kano during a march held to mark 40 days after martyrdom anniversary of Imam Hussein [PBUH]. 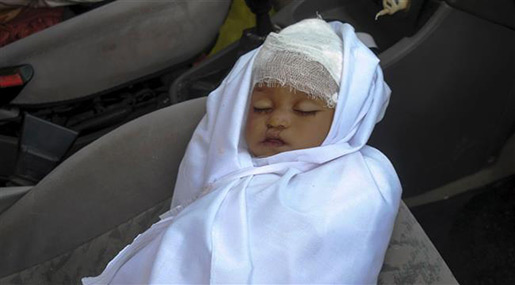 Media reports said the IMN had laid to rest the bodies of the victims, including a two-year-old girl, on Wednesday, saying that Nigerian police have taken away dozens of dead bodies after they were brought to a hospital morgue.

Nearly 100 IMN supporters were martyred on Monday, after Nigerian forces fired live rounds and tear gas at mourners during a peaceful march held ahead of the upcoming Arba'een mourning rituals, which mark 40 days after the martyrdom anniversary of Imam Hussein [PBUH].

Fierce clashes broke out when police tried to disperse thousands of people, including women and children, who were marching from Kano to Kaduna for the mourning rituals.

Supporters of the Islamic Movement in Nigeria have been subjected to heavy-handed crackdown since last year, when the army attacked a religious ceremony in their stronghold city of Zaria in the north.

In a related platform, the US said Friday it was concerned by the deaths of Nigerians in clashes between civilians and police earlier this week and what it called the apparently disproportionate response of the police in the violence.

"The United States is deeply concerned by the deaths of dozens of Nigerians during clashes between individuals participating in a Shia procession and the Nigerian Police Force in Kano State," a statement by the US diplomatic mission in Nigeria said.

"While the matter is still under investigation, we are troubled by the apparent disproportionate response by the police," said the statement, issued by spokesman John Kirby, which also called for "calm and restraint on all sides." 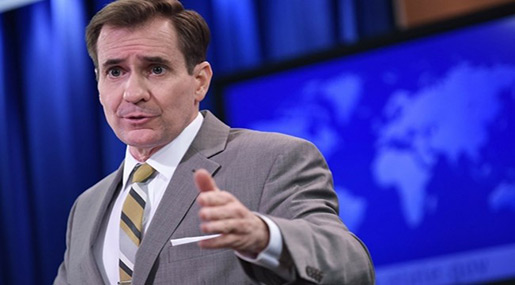 The US said Nigeria's government should conduct an investigation and "bring to account anyone responsible for violating the law."

Human Rights Watch estimates that IMN, whose 1980s founders were inspired by the Islamic Revolution in Iran, has around 3 million members. IMN leader, Sheikh Ibrahim Zakzaky, has been held without charge since December following the clashes with the army in Zaria.

Last month, at least 20 people were martyred and several others injured when Nigerian forces opened fire on Muslim mourners commemorating Ashura, the martyrdom anniversary of Imam Hussein [AS].

In December 2015, Nigerian forces raided the house of the IMN's leader, Sheikh Zakzaky, and arrested him after martyring those trying to protect him, including one of the movement's senior leaders and its spokesman.

The Sheikh himself was shot seven times during the attacks and blinded in one eye. He still remains in custody of the army.

The raid occurred a day after Nigerian soldiers attacked a group of Muslims attending a ceremony at a religious center in Zaria, accusing them of blocking the convoy of the army's chief of staff and attempting to assassinate him.

The Nigerian army martyred 348 Muslims during the attack on the religious ceremony, according to a report by the Islamic Human Rights Commission, a non-profit organization based in London.