"I do not think we should have pushed for an election in the Palestinian territories. I think that was a big mistake... And if we were going to push for an election, then we should have made sure that we did something to determine who was going to win," Hillary Clinton told Eli Chomsky in September 2006 following a resounding Hamas victory in Gaza. 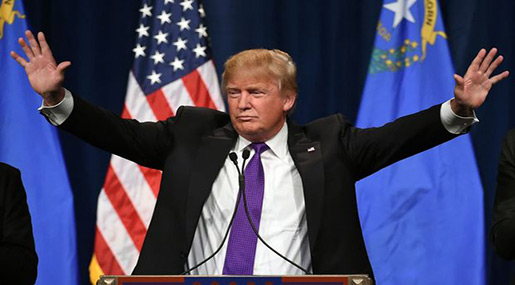 Ten years later, she was the favorite in the race for the White House amid allegations that the election was going to be rigged.

The logical question is whether Clinton, who casually suggested fixing a foreign election, felt the same way about doing "something to determine who was going to win," in the US presidential race.

A victory for "white trash"

A fixed US presidential election is most commonly dismissed as a baseless conspiracy theory by the same people who are now cursing the American democratic system for allowing "progressive ideas" to be defeated by ‘white trash' and the ‘uneducated' working class.

But other better-informed Americans argue that rigged elections are an ‘American tradition'.

According to Paul Craig Roberts, who served as the US Assistant Secretary of the Treasury for Economic Policy under President Ronald Regan, "elections are stolen at every level-state, local, and federal. Chicago Mayor Richard J. Daley's theft of the Chicago and, thereby, Illinois vote for John F. Kennedy is legendary. The Republican US Supreme Court's theft of the 2000 presidential election from Al Gore by preventing the Florida vote recount is another legendary example. The discrepancies between exit polls and the vote count of the secretly programmed electronic voting machines that have no paper trails are also legendary."

Opinion polls overwhelmingly favoring Clinton throughout the US presidential campaign should be viewed in the same context.

Excluding the possibility that the vast majority of polling agencies and almost the entire media establishment are terrible at their jobs, the predictions of a convincing Clinton victory should be understood as an attempt to ready the public for Donald Trump's defeat.

The mainstream media went as far as to give Clinton a 93% chance of victory, leaving Trump supporters with no room for hope.

One of the more drastic examples of the media's arrogance came in the form of a Newsweek cover on November 5. Three days before the elections, the magazine's special edition carried Clinton's picture on the front page with the title reading, "Madam President".

More importantly, Hillary Clinton's camp had secured the necessary financial backing needed to acquire the presidency. Previous examples clearly demonstrate that candidates with the most money win US elections.

According to Reuters, Clinton had outspent Trump, investing over US$ 520 million into her campaign, compared to her rival's US$ 270 million. Thus each vote cost Hillary US$ 8.8 to Trump's US$ 4.57.

Aside from exhausting all ‘legal' avenues to guarantee a Clinton presidency, Clinton's backers - including her billionaire mentor George Soros - worked tirelessly to avoid any surprises on election day.

So how in the world did the Clintons lose to an inferior candidate with less money and a man that WikiLeaks founder Julian Assange described as having "every establishment off his side"?

Simply put, both the monumental undertaking to get Hillary Clinton into the oval office and Donald Trump's victory on November 8 prove that this election was never going to be decided at the ballot box.

An election too important to be left up to voters

The daily bombardment of the Clinton camp led by Assange's WikiLeaks and supported by investigators, journalists and activists on social media was accompanied by a second FBI investigation into Hillary's private emails just one week before the election.

The WikiLeaks series on deals involving Clinton's campaign chairman John Podesta revealed a disturbing pattern of criminal activity involving the Clinton Foundation, which also served as a front for financing the Daesh terror group through Saudi Arabia and Qatar.

Days after the second FBI investigation was announced, the former Deputy Assistant Secretary of State under Henry Kissinger, appeared in front of the cameras for the first time in over 15 years.

Appearing on the November 1 episode of Alex Jones' show, Pieczenik claims to have received authorization from 16 different US intelligence agencies to address the public.

"Hillary and Bill Clinton and their entourage of assistants affected a civilian coup... What they've done is to make sure that they were part-and-parcel of a group of people who were interrelated through political cronyism. However, in order to stop this coup we in the intelligence community and others involved have informally gotten together and with their permission I am beginning to announce that we have initiated a counter-coup," Pieczenik said.

"I am just a small part of something far bigger than myself," the former US official explains.

"It was the brave men and women who were in the FBI, the CIA, the Directorate of Intelligence, the military intelligence and men and women in 15 other intelligence organizations who were sick and tired of seeing this corruption... So we initiated a counter-coup through Julian Assange who has been very brave and really quite formidable in his ability to come forth and provide all the necessary emails that we gave to him in order to undermine Hillary and Bill Clinton," Pieczenik adds.

The leaked emails, which the Clinton camp attributed to "Russian hackers", also uncover perhaps the darkest side of the Clinton dynasty, helping to explain the outcome of the election.

In what was described as the most bizarre WikiLeaks revelation, ‘artist' Marina Abramovic invited Podesta to a "spirit cooking dinner".

In an email dated June 28, 2015, Abramovic writes to Podesta's brother Tony, saying, "I am so looking forward to the Spirit Cooking dinner at my place. Do you think you will be able to let me know if your brother is joining?"

"Spirit cooking" refers to a sacrament in the religion of Thelema, which was founded by British Satanist Aleister Crowley. It involves an occult performance during which menstrual blood, breast milk, urine and semen are used to create a "painting".

According to experts, the ceremony symbolizes the union between the microcosm, Man, and the macrocosm, the Divine, which is a representation of one of the prime maxims in Hermeticism.

Clinton critics also claimed that the Podesta emails contain codes for child sex trafficking, which are hidden behind mentions of the types of food.

In line with those allegations, flight logs released months before the election revealed that Bill Clinton flew on a convicted pedophile's infamous "Lolita Express" jet at least 26 times.

Jeffrey Epstein served 13 months in prison for soliciting "prostitutes" as young as 14 years of age, and is now a registered sex offender.

Clinton and Epstein were often accompanied by other passengers, who were usually identified by their initials or first names, including someone named "Tatiana".

Bill reportedly ditched his Secret Service detail for at least five of those flights.

The fact that the second FBI investigation focused on emails reportedly uncovered on the laptop of another sex offender and Clinton ally, Anthony Weiner, is very telling.

According to Pieczenik, FBI Director James Comey "had to open up the case of Hillary Clinton and discuss the emails that were involved with the Anthony Weiner case. It was not the case itself that was as important as the fact that this was the entrée for many of us in the counter-coup to say to the administration, ‘we have your number'."

The "number" very likely includes damning evidence against the Clintons and the entire political establishment, deeply immersed in satanic worship and plagued by billionaire pedophiles whose money and influence have so far bought them immunity from prosecution.

As such, the establishment was forced to allow a Trump victory, permitting Hillary - much like Richard Nixon in 1974 - to walk away defeated, without being processed.

Will Trump deliver on his promises?

Politicians are often defined by the degree to which they disappoint their electorate. To what extent Trump follows in the footsteps of his predecessors remains to be seen.

But there is a lot less uncertainty about what a Clinton presidency would have looked like.

Meetings in the Oval Office would have likely involved Ash Carter, John Podesta and Robert Kagan, all of whom would have certainly escalated the conflict in Syria by aiding Al Qaeda and Daesh.

In a world where superpower rivalry threatens to turn into a full-blown conflict, none of these people would even bother to establish the most rudimentary form of communication with Moscow.

The only guarantees from a Clinton administration would have involved a continuation on the path towards globalization and an effort to secure a unipolar world at any cost.

Whether Trump sticks to his stated ‘principles' is not nearly as certain.

A Trump presidency still promises to deescalate the conflict in Syria, avoid provoking Russia, ease pressure on London over the Brexit vote, and shelf widely unpopular trade agreements like the TTIP.

Trump's America, unlike the current one, could still become a partner and even a friend to many states that now despise the US. His victory, which seemingly led to the unraveling of the global system, has the potential to 'make America great again' for Americans, allowing the US to come to terms with the fact that it is no longer the world's sole superpower.

More importantly perhaps, Trump's victory marks a successful "counter-coup" against the political, social and cultural order, which was being imposed not only on the American people but also on the entire world.

To what degree Trump keeps his promises is not as important as the fact that his win sets a very dangerous precedent for the unipolar/interventionist order worldwide.