"The battle of Aleppo should end in a few weeks..." Sami Kleib, a prominent Lebanese journalist and political analyst, said when asked about the developments in Syria. 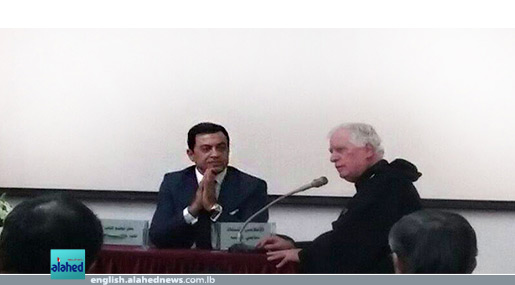 Kleib's comments came in the sidelines of "Hezbollah Change of Discourse" by Dr. Ali Fadlallah's book singing event in Beirut.

The political analyst pointed out that "The decision has been made by Russia, the Syrian Army and their allies: Iran and Hizbullah."

"The military build-up is almost read and the Russian aircraft carrier is on its way," Kleib said, adding that "The political decision has been made, there remain the humanitarian procedures that might take a couple of days."

Sami Kleib considers that "the final battle to restore Eastern Aleppo and to fully control Aleppo is just a matter of a few days."

He further explained that "the re-conquest of Aleppo should follow the terms agreed upon, prior to the subsidence of the new US administration."

Regarding the repercussions of the Turkish President's intervention and policies on the development in Iraq and Syria, Kleib indicated that "Since his involvement in the affairs of Arab countries, Recep Tayyip Erdogan has been preoccupied with the proclivity of restoring the Ottoman Empire and overseeing its expansion."

"However, his projects in the region came head-to-head with various obstacles, most importantly was the persistence of the Syrian Army and its allies. Second, the battle in Iraq has deviated with the popular mobilization forces playing an essential role," the analyst said.

Henceforth, Erdogan, according to Kleib "is forced to retreat with the emergence of threat from the Kurdish state at the boarders."

Kleib, however, believes that "Erdogan will not give up on the notion that he still has a part to play. What remains for him is to figure out what that part is and at what cost," adding that, "In the one hand, Erdogan tries to come hand-in-hand with Russia and in the other, he is trying to exhaust other parties."

The political analyst slammed Erdogan's intervention as "dissolute and illegitimate given the fact that he had forced his policies without consent from governments, take Iraq as an example." 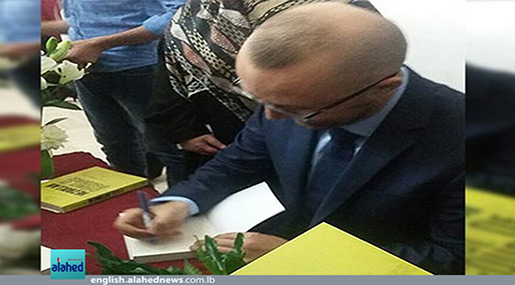 Separately, Dr. Ali Fadlallah's book "Hezbollah Change of Discourse", is according to its writer "a pioneer among books which analysis the discourse of Hizbullah via utilizing 3 main theories currently used by discourse analysts."

"What is new in this book is that it analyses 160 texts extracted from Hizbullah's discourse throughout a period of 25 years," the writer concluded.