Bahrain, the tiny Persian Gulf kingdom that hosts the US 5th Fleet, used to perceive a need to appear responsive to US concerns about its atrocious human rights record. 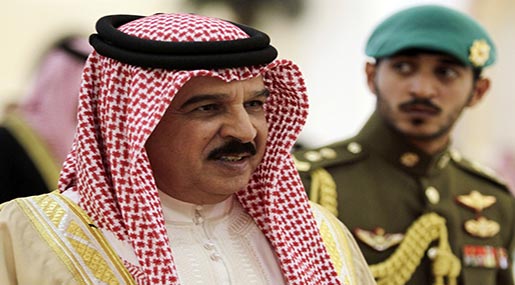 Five years ago, after President Obama publicly criticized the "mass arrests and brute force" used by the regime to put down popular protests during the Arab Spring, King Hamad bin Isa al-Khalifa commissioned an international investigation and promised to implement a series of reforms. But as Mr. Obama backed away from his support for democratic change in the Middle East, so did Bahrain. The promised reforms were never implemented, and the regime instead steadily escalated repression of moderate opposition leaders and human rights activists.

Another big step in that regression could come Monday, when Nabeel Rajab, one of the Arab world's most renowned human rights activists, faces sentencing on charges of speaking out on matters such as torture in Bahrain's prisons and the war in Yemen. The State Department has called for Mr. Rajab's release; instead, he is likely to be sentenced to up to 15 years in prison. If so, it will be another demonstration of how the Obama administration has failed to defend US values even in cases where - as in Bahrain - it wields extraordinary leverage.

Like the other Persian Gulf nations, Bahrain depends on the United States for its survival as a Sunni-ruled monarchy in the shadow of Shiite Iran. The Al Khalifa family's position is made even more precarious by the fact that a majority of Bahrain's population is Shiite; the nation has been rocked by popular unrest since 2011, which the government claims is fomented by Tehran. In fact, Bahrain has long had a moderate and peaceful indigenous political opposition movement and a civil society of activists such as Mr. Rajab, who is president of the Bahrain Center for Human Rights. Its leaders have advocated gradual change, including a transition to a constitutional monarchy.

At times in recent years, the regime halfheartedly pursued dialogue with the opposition. But after the Obama administration lifted restrictions on arms sales last year in spite of a lack of change, the king returned to unmasked repression. This summer, the al-Wefaq opposition party was banned; soon afterward Mr. Rajab was arrested, charged with "spreading false news" because of his reporting about torture in a government prison, and "insulting a neighboring country" because of tweets about Saudi Arabia's misguided intervention in Yemen.

Last month more charges were brought against Mr. Rajab after he published a "Letter From a Bahraini Jail" in the New York Times. In it he noted he had met Secretary of State John F. Kerry this year. "I would like to ask Mr. Kerry now: Is this the kind of ally America wants?" he wrote. Unfortunately, the message the Obama administration has sent to Bahrain is "Yes."