US airstrikes on radar sites in Yemen show support for the Saudi-led bombing campaign, according to international affairs expert Dr. Sreeram Chaulia. Saudi Arabia is an integral part of US policy in the Mideast, adds Pan-African News Wire editor Abayomi Azikiwe. 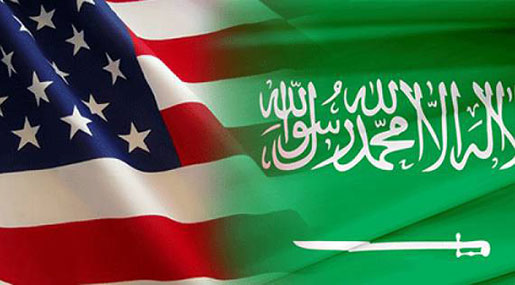 The US carried out its first direct attack against Ansarullah revolutionaries, hitting three radar stations in their area with Tomahawk cruise missiles. The strikes came in retaliation to the failed alleged missile attacks on a US navy destroyer in the Red Sea; the latest was carried out on Wednesday. For their part, the Ansarullah denied their involvement in the attempts to hit the vessel.

Previously, Washington has only provided weapons and intelligence to Riyadh, which supports the internationally recognized Yemeni government. Last year, the US approved a number of weapons sales to the Saudis worth more than $20 billion.

They included tanks, hand grenades and air-to-ground missiles. Fragments said to be from a US-made missile were found during the recent bombing of a funeral in the capital Sana'a.

According to Dr. Sreeram Chaulia of the Jindal School of International Affairs, we are witnessing "a very unfortunate escalation" of the conflict. The Americans pretended to be "somewhat neutral" in this conflict, but "are now showing their true color," which is the support to Saudi Arabia's "barbaric bombing campaign in Yemen," he told RT.

"Unfortunately for the Americans the evidence shows the Saudi bombing has been devastating for civilians, but then the Americans are unable to disentangle themselves from the Saudi embrace and to take a more critical position on Saudi Arabia," he said.

"This US-Saudi Arabia alliance is at the root of this current action, which is to say that even though the Obama administration tried to reach out to Iran, at the end of the day they are with Saudi Arabia - that is what they're showing. They are on the wrong side of history, because the people on the ground - not just the Ansarullah - ordinary Yemenis are all united in a form of a national resistance against the Saudi intervention. So Saudi Arabia has dragged in the Americans, and the Americans have gone along with it. It is one more fateful decision by the Obama administration. If Libya was a mistake - Yemen is proven to be as a big mistake for the US government," Dr. Chaulia said.

It is unlikely the Obama administration will launch a full-fledged military campaign in the region, but the US seeks to maintain its "hegemonic position" in the Red Sea, he said.

"They fear that if Iran ...tries to challenge their position in the Red Sea, then they have to respond and to reestablish their hegemony. So unfortunately the great power games are going on," the analyst added.

After the deadly air strike on the funeral in the Yemeni capital last weekend, the US said it would review its support for the Saudi-led coalition.

However, nothing has happened so far, Dr. Chaulia said.

"More than 10,000 people have been killed - there is carnage going on - mostly civilians. But the Americans are continuing to back the Saudis against the Ansarullah. I think they are still looking at it as a great power logic of containing Iran. Unfortunately it's been proven to be bloody and terrible for the civilians of Yemen," he added.