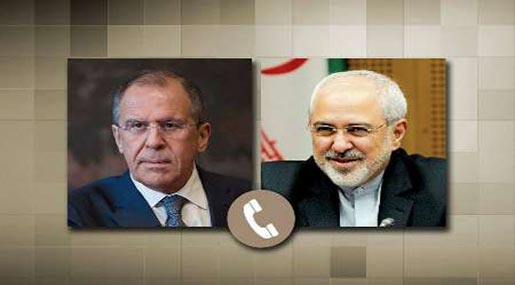 According to Russian Foreign Ministry, the two sides, in their telephone conversation, stressed that there is no substitute for political solution in Syria.

The two foreign ministers also emphasized the importance of increasing international efforts to provide the ground for political solution of Syria problem.

Islamic Republic of Iran and Russian Federation have common stance on Syria and the two countries support the political and diplomatic solution of problems in this country without foreign intervention.

Tehran and Moscow also emphasize the necessity of resuming political discussions between the government of Syria and opposition groups.