The head of Hillary Clinton's campaign team John Podesta slammed WikiLeaks founder Julian Assange on Tuesday for helping Republican rival Donald Trump in the bitter White House race, while accusing Moscow of being behind the hack. 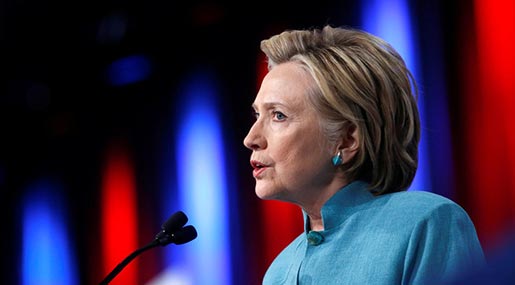 While there have been no major damaging revelations, the massive leak does lift the veil on Team Clinton's inner workings.

Podesta described the timing of the leak - released late Friday - as a "curious coincidence", coming shortly after The Washington Post published a shock video of Donald Trump making lewd boasts about groping women in 2005.

The veteran political aide, who served in the Obama and Bill Clinton administrations, suggested that the release "was their countermove to try to take the public's attention off the despicable things that Donald Trump said on that video."

"Whether that was Mr Assange's decision to try to help Mr Trump or whether there was some coordination involved, I have no way of knowing. I'm just saying, it's an awfully curious coincidence that it happened virtually as soon as the water temperature was moving to a boil," Podesta told journalists aboard a campaign plane traveling from Miami to New York.

Padesta added: "We can't confirm the accuracy of those leaks, we know that the Russians might have passed on doctored documents."

"I would say that the Russian interference in this election and their apparent attempt to influence it on behalf of Mr Trump should be of utmost concern to all Americans."

Meanwhile, US President Barack Obama's administration on Friday formally accused the Russian government of directing cyber-attacks on American political organizations to "interfere" with the election, and vowed to respond at an undisclosed time and place.

The assertion against Russia came with relations already frayed over NATO defenses and stalled efforts to end the bloody civil war in Syria.

He slammed Trump for taking positions "more consistent with Russian foreign policy than US foreign policy", pointing the Republican nominee's hostility toward the NATO transatlantic alliance and his indulgence toward Russia's annexation of Crimea.

Meanwhile, Trump pounced on the hack, saying the leaked emails "make clearer than ever just how much is at stake in this election."

"This election will determine whether we remain a free country, or we become a corrupt Banana Republic controlled by large donors and foreign governments," he told supporters.

He added: "The election of Hillary Clinton would lead to the destruction of our country.