Ahmed Musa, a young Bahraini man, lost his life after being tortured in one of the Al Khalifa regime's detention centers. 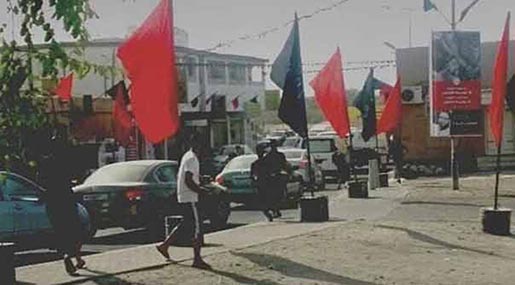 The Bahraini Human Rights Society said that seven detainees on death row are suffering psychological and physical conditions due to severe torture.

In parallel, the Bahraini regime continued its attacks on protests held on Ashura throughout the Kingdom.

The summoned clerics and sheikhs were questioned regarding to the contents of their teachings, majlis and religious beliefs.

Though, the Bahraini authorities had freed a Hosseini preacher after being forced to pledge not to speake bad of Yazid bin Muawiyah who martyred Prophet Mohammad's grandson Imam Hussein [AS].

In the area of ‘Ali, security personnel attacked the Ashura rituals; and aggression that also took place in Abu Quwwa and Sadad, where members from the Interior Ministry removed and destroyed flags and banners.

The total number of attacks hit some 61 in 39 regions over 10 days.
Slamming the progress of the attacks, al-Sanabes citizens took to the streets in outraged protests during which they announced adhering to the Hosseini rituals.

Bahraini authorities released the Head of religious freedoms at the Bahrain Center for Human Rights Sheikh Maitham al-Salman after a 6 hour-interrogation.

The Samaheej police center had sent for al-Salman in the evening for interrogation, before releasing him late Monday. However, he was asked to show on Tuesday to resume the interrogation.

Authorities questioned al-Salman on the issue of religious lectures he delivered during Ashura.