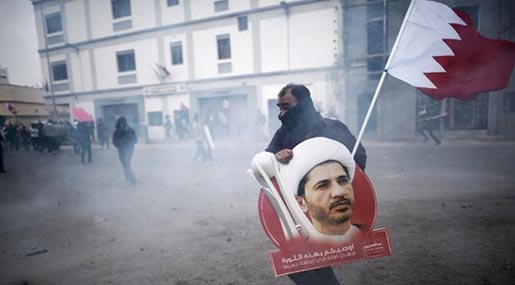 The head of the al-Wefaq opposition group had been sentenced by the Al Khalifa regime in July 2015 to four years in jail.

But the appeals court in May more than doubled his jail term to nine years after reversing an earlier acquittal on charges of calling for regime change.

The court of cassation set Oct. 17 as a new date to examine Sheikh Salman's sentence.

His arrest in December 2014 sparked protests in Shiite-majority Bahrain.

Though, Sheikh Salman's jail sentence is part of a crackdown on the Gulf nation's largest opposition group, which had been dissolved by a court order over accusations of "harboring terrorism."

Al-Wefaq had the largest parliamentary bloc before its MPs walked out in February 2011 in protest to a deadly crackdown on Bahraini civilians.

The crackdown on al-Wefaq had drawn criticism from UN chief Ban Ki-Moon and Bahrain's allies in Washington, as well as rights groups.

Hundreds of Bahrainis had been arrested and put on trial since security forces backed by Saudi-led troops crushed in March 2011 month-long protests that demanded democratic reforms.

Authorities had also stripped at least 261 people of their citizenship since 2012, according to the Bahrain Center for Human Rights, including the country's prominent Shiite spiritual leader Sheikh Isa Qassem.