Turkish police on Sunday detained a brother of the US-based opposition figure Fethullah Gulen who is accused of masterminding the failed July coup aimed at ousting President Recep Tayyip Erdogan. 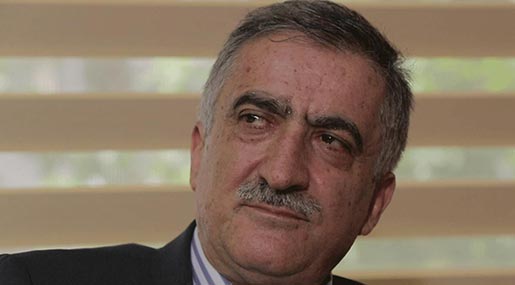 Kutbettin Gulen was detained by police acting on a tip-off at the home of a relative in the Gaziemir district of the western Izmir province, Anadolu news agency said.

He is the first of Gulen's siblings to be detained after the coup bid.

He is accused of "membership of an armed terror group", Anadolu said, without giving further details.

Kutbettin Gulen is currently being questioned by anti-terror police.

In a televised speech to supporters in the town of Kazan outside Ankara, Erdogan vowed to apprehend the remaining alleged coup plotters still at large.

"'We are coming to your lairs!' we said and we came to their lairs. Now they are fleeing, looking for a hole to hide in," he said.

"Wherever they go, we will chase them, We will... bring them to account."

Fethullah Gulen, a former Erdogan ally who has lived in self-imposed exile in the United States since 1999, is accused by Turkey of orchestrating the July 15 coup plot.

Gulen denies the claims and his supporters ridicule the description of his group by the Turkish authorities as the Fethullah Terror Organization, saying he merely runs a peaceful organization called Hizmet.

Some 32,000 people have been arrested since the attempted putsch over alleged links to Gulen by the authorities, in a relentless crackdown that has caused international concern.

In July, the authorities arrested Gulen's nephew Muhammet Sait Gulen in the eastern city of Erzurum, long seen as one of the hubs for his supporters.

Another nephew, Ahmet Ramiz Gulen, was arrested in August in the southeastern city of Gaziantep.

But this is believed to be the first time a brother has been detained.