In the most recent revelations of Saudi-"Israel" normalization and alliance, a letter written by Ariel Sharon ten years ago has been revealed as the Saudi Crown Prince in an attempt to wash his hands of barbarity, slammed the entity's brutal measures in the Occupied Palestine. 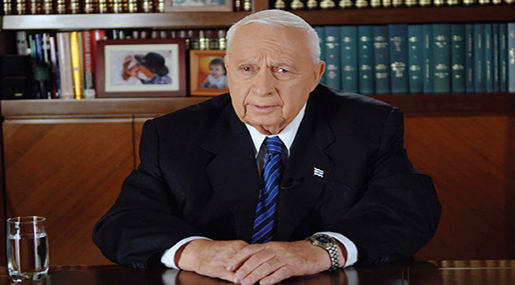 In a bid to wash away that taint, the crown prince first excoriated the "Israeli" entity before discussing the situation in Syria, Yemen or Iran.

Even more, he disregarded the Syrian crisis and the dire situation in Yemen, which had cost the lives of thousands of innocent civilians by the US-backed Saudi-led aggression on Yemen.

The Saudi Prince bin Nayef pointed out that progress in the Palestinian-"Israeli" conflict "seems impossible in the light of the continuation of the ‘Israeli' settlement policy, the tampering with the holy city of al-Quds [Jerusalem], ruining the Arab, Islamic and Christian identity of the city, and the heartless policy of repression practiced against the Palestinians people."

Little did he know that by slamming the "Israeli" entity, he would be dooming Riyadh and its ties to the entity!

Early in the month, at a ceremony in a museum in the Tel Aviv district of "Or Yehuda", the "Israeli" entity's former consul in Boston and ambassador to Egypt, Yitzhak Levan, mentioned Ariel Sharon's letter to then Saudi King Abdullah.

A framed copy of the letter was presented to the Babylonian Jewry Heritage Museum.

Levan hailed the letter as an "important historical document," and proof that the "Israeli" entity worked behind the scenes to move the so-called "peace process" forward. He also said the letter confirms that there were ties with the Saudis.

The spirit of those ties, and of reports of a growing but still discreet relationship between Tel Aviv and Riyadh was in no way evident, but the letter shed light on the relation of the two regimes that goes back a long way.

"In light of Saudi Arabia's central status in this region, and your Majesty's political wisdom and foresight, we believe that your country can make an immense contribution to the success of this [‘peace'] process," Sharon wrote to the Saudi king in reference to the diplomatic process with the Palestinians.

Sahron further wrote to the Saudi King, " It is our hope that Saudi Arabia, under your Majesty's strong leadership, will exert its power and influence to encourage the moderate forces in this region and advance the prospects of peace, stability and prosperity."

"I offer my hand in friendship and hope to have the opportunity to cooperate and work with you personally to advance our mutual goal of peace. I look forward to receiving your response," Sharon concluded the letter of friendship.

Ariel Sharon wrote these words on November 27, 2005, and had a Jew born in Iraq who lived abroad named Moshe Peretz to deliver the letter to then Saudi King Abdullah, thanks to a good relationship he developed with the king's brother-in-law.

Peretz turned to the "Israeli" Prime Minister's Office and offered his services in relaying a message to the king. On December 3, 2005, the king's brother-in law-called Peretz and said the letter was personally delivered.