British Prime Minister Theresa May called Monday for greater scrutiny of migrants and defended each country's right to defend its borders as she made her first UN appearance. 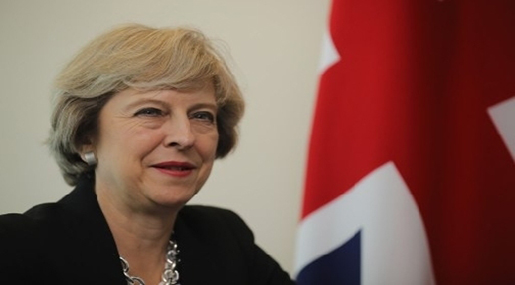 Addressing a UN summit on refugees, May highlighted Britain's commitment to international aid but called for a "more effective policy approach" toward massive migration from war-torn Syria and elsewhere.

"We must also be clear that this crisis has been exacerbated by unprecedented levels of uncontrolled migration," May told the summit.

"Because it is not only refugees who are moving in large numbers, it is also those seeking greater economic opportunities," she said.

May called for all governments to enforce the principle that asylum seekers will apply in the first safe country where they step foot -- generally meaning, for those fleeing Syria, neighbors such as Turkey, Lebanon and Jordan.

May, a Conservative who took office in July after Britain's shock vote to leave the European Union, said there was "nothing wrong with the desire to migrate for a better life" but that the current system did not benefit asylum seekers themselves.

Rob Williams, chief executive of the British charity War Child, criticized May, saying: "Now is not the time to ask who is least deserving."

Half of the people displaced by conflict are children, he said.

"Rather than getting too distracted by complex definitions of refugees and migrants and focusing on who to exclude, the prime minister could make a real difference by spearheading a global action plan for children forced to flee," he said in a statement.