New York attorney general Eric Schneiderman has opened an inquiry into the conduct of the Donald J Trump Foundation, the personal charity of the Republican presidential nominee. 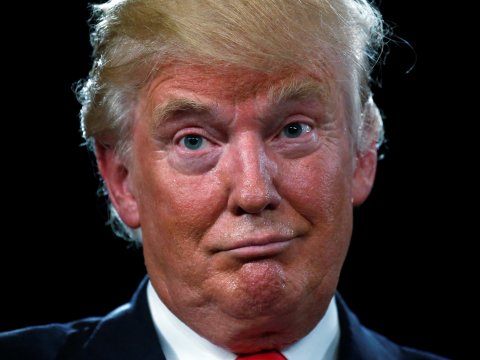 Schneiderman said "my interest in this issue really is in my capacity as regulator of nonprofits in New York state, and we have been concerned that the Trump Foundation may have engaged in some impropriety from that point of view."

"We've had correspondence with them. I didn't make a big deal out of it or hold a press conference."

The comments come a week after the IRS fined the Trump Foundation $2,500 for making an illegal campaign contribution to Florida attorney general Pam Bondi, a longtime Trump supporter who decided not to investigate Trump University.

In contrast, Schneiderman has been suing Trump over the failed for-profit enterprise that he characterized as a "scam". Trump has claimed that Schneiderman, a Democrat, is pursuing the lawsuit for political reasons.

In a statement, Jason Miller, senior communications adviser to the Trump campaign, said: "Attorney General Eric Schneiderman is a partisan hack who has turned a blind eye to the Clinton Foundation for years and has endorsed Hillary Clinton for president. This is nothing more than another leftwing hit job designed to distract from Crooked Hillary Clinton's disastrous week."

Trump's charity has long been under sustained scrutiny for other reasons. An extensive investigation of the Trump Foundation by David Fahrenthold of the Washington Post has found several instances where the charity reported donations that were not made as well as several items bought with the foundation's money that may have been for Trump's personal use. These would represent violations of IRS rules governing not-for-profit groups.

Further, despite claims to the contrary from Trump's campaign, it appears the Republican nominee has not given any money to his charity since 2008 and only made a single charitable donation of less than $10,000 until his fundraising event in January 2016 to raise money for veterans. The event was held by Trump in lieu of participating in the last debate before the Iowa caucuses.