Unit: Shayetet 13, second best unit in the "Israeli" army, specialized in amphibious operations. 16 soldiers from the unit carry out an operation after midnight on a beach opposite the town of Ansariyeh [South Lebanon] and sneak across a dirt road - named "prairie road" according to the operations plan. 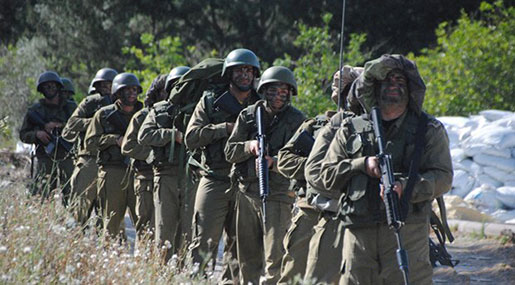 Mission: planting explosives in a civilian car and booby-trapping several locations in the vicinity.

Objective: never announced - even though "Israeli" media reports have confirmed that the target was a senior official in the [Islamic] resistance at the time.

Result: the "Shayetet disaster", an incident forever engraved in the consciousness of the "Israeli" military as the largest and most severe operational failure in the commandos unit's history.

The resistance ambushed the unit, killing 11 "Shayetet" soldiers including the platoon commander who was also a lieutenant colonel. A twelfth soldier, from the rescue unit who came to evacuate the wounded, was also killed. Four soldiers were wounded.

The intense clashes prompted the rescue force to withdraw quickly under fire, enabling the resistance to take hold of an "Israeli" soldier's body that was left behind on the battlefield.

According to the "Israeli" narrative, only a single soldier was not wounded. Maneuvering under fire, he called the rescue unit to the site. In the meantime, the "Israeli" chief of staff, Amnon Shahak, headed to the main operations room at the headquarters of the Ministry of War in Tel Aviv and directly supervised the evacuation operation of the Shayetet force.

Shahak asked the "Egoz" Special Force Unit to be ready to intervene, while "Cobra" helicopters were flying over the operation area to secure a landing for a Yasour helicopter at a distance of about 100 meters from the engagement spot. 12 soldiers from the "Shayetet 13" and the specialized rescue unit 669 got out of the chopper.

The deployed force quickly split into two groups: the first to cover and respond to the source of enemy fire, and the second to search for the injured and immediately evacuate them. But the doctor accompanying the unit, who was an officer with the rank of captain, was killed.

Later in a newspaper interview, the deputy commander of the helicopter recounted what he saw: "It was very dark, and we used night vision. We were fired at intensely. When we approached the scene, we saw luminous points. It was not clear whether they were lanterns or gunshots. We saw several small fires. It was difficult from the air to estimate the seriousness of the situation. Five minutes after the rescue force landed, we heard a very serious unit commander over the radio saying that there were a large number of casualties."

The operation - from the time the first shot was fired and throughout the clashes, which accompanied the evacuation process - dragged on for about three hours.

Before dawn, the chief of staff ordered the evacuation team to pull out from the area before they had a chance to secure the body of a dead "Israeli" soldier, Itamar Ilya, along with the remains of other soldiers.

In his book "A War without a Sign", the commander of the "Egoz" unit at the time, Moshe Tamir, descried the feelings he experienced as a result of the operation. He stated that Hizbullah, most likely, had advance knowledge about the operation, enabling it to ambush the "Shayetet" fighters.

In the wake of the "disaster", four ["Israeli"] commissions of inquiry were set up to find out the truth about what happened, especially with regard to Hizbullah's prior knowledge of such top-secret operation.

The committee, set up by the "Israeli" army headed by Maj. Gen. Gabi Ophir, concluded that the "Shayetet" fell into an accidental ambush, which was part of a network of ambushes the resistance set up in various places in southern Lebanon.

At the time, the Hizbullah Secretary General, His Eminence Sayyed Hassan Nasrallah, gave a clear signal during a speech after the incident in which he announced, "The resistance was waiting for you".

But the military establishment in "Israel" refused to admit the possibility that Hizbullah had succeeded in intercepting information regarding the operation.

On the 31st of August 2007, the Maariv newspaper published a report revealing that the broadcast signal belonging to a remote controlled drone, which had been sweeping the operation area for two weeks prior to the attack and sending images directly to the ground control station inside "Israel", was not encrypted.

The report suggested that this breach might have compromised the operation. Sayyed Nasrallah publicly confirmed as much in August 2010 through images displayed during a televised speech. The resistance was able to hack the images from the remote controlled drone's broadcast.

The images showed the Ansariyeh region with emphasis on the path taken by the "Israeli" force during the infiltration. Later, "Israeli" reports confirmed the authenticity of the images, prompting "Israeli" officials to adopt a pre-planned ambush hypothesis.

In the end, the commander of the Navy, Elie Merom, announced that he was convinced by this hypothesis and informed the families of the dead "Shayetet 13" soldiers.

Following Sayyed Nasrallah's revelations, these families demanded the army disclose the findings of the Commission of Inquiry, which investigated the case. In November 2012, the "Israeli" television channel "One", presented new data on the "Shayetet disaster" in which the "Israeli" army admitted to the success of Hizbulla's intelligence efforts in finding out about the operation in advance.

The data also showed that some of the "Shayetet" soldiers were carrying explosive devices on their backs, which were meant to be used to assassinate one of the party's officials.

According to the data, there were three types of explosive material that led to the deaths of the soldiers; one belonged to Hizbullah, while the other two, were carried by the ["Israeli"] soldiers.

As a result, the TV investigation introduced a hypothesis that the "Israeli" army had planned to use two types of explosives, making it look like the assassination was part of "internal Lebanese strife".

The "Shayetet disaster" as well as the "helicopter disaster" that occurred four months prior [4 February 1997] killing 73 soldiers in a collision of two "Israeli" helicopters transporting troops to the occupied Lebanese territories, constituted two key turning points in "Israeli" public opinion which eventually called for an "Israeli" withdrawal from Lebanon.