Iran and Britain have exchanged ambassadors for the first time since 2011 in another sign of warming relations between the two countries. 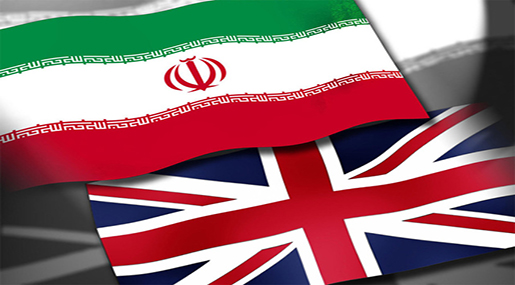 Baeidinejad played a crucial role in the negotiations with P5+1 group that led to last year's nuclear accord on July 14, 2015.

"On Monday evening, Hamid Baeidinejad, our country's new Ambassador to Britain and Nicholas Hopton, the new British ambassador to Tehran, appeared at the countries' foreign ministries simultaneously and met with the two foreign ministers and handed over a copy of their credentials to them," the source at the Iranian Foreign Ministry said.

Hopton had previously served as Britain's ambassador to Qatar and Yemen.

The Iranian and British embassies had been operating over the past year and the two countries' charges d'affaires had been managing all affairs, Press TV quoted a source as saying.

However, Tehran and Britain decided to appoint their ambassadors after grounds were prepared for the two sides to improve relations, the official noted.

The informed source further said the improvement of mutual relations is not tantamount to the settlement of issues arising from some differences between the two countries.

Britain reopened its embassy in Tehran in August 2015 as a sign of improvement of mutual ties between the two countries after hundreds of Iranian students staged a protest outside the embassy in 2011, censuring the expansion of UK sanctions on the Islamic Republic.

"The upgrade in diplomatic relations gives us the opportunity to develop our discussions on a range of issues, including our consular cases about which I am deeply concerned," British Foreign Secretary Boris Johnson said in a statement on Monday.

"I hope this will mark the start of more productive cooperation between our countries, enabling us to discuss more directly issues such as human rights and Iran's role in the region," it added.

In a telephone conversation between British Prime Minister Theresa May and Iranian President Hassan Rouhani on August 9, the two sides said mutual relations had developed positively since the signing of the JCPOA and that both sides should continue to advance the relationship.

The Iranian president said Tehran welcomes the further development of cooperation with London.

Britain shut down its embassy in Tehran in November 2011 and withdrew its diplomatic staff after hundreds of Iranian students staged a protest outside the British embassy in Tehran against the expansion of UK sanctions on Iran, pulling down the UK flag and demanding the expulsion of the British ambassador.

In late November 2011, Iran's parliament [Majlis] approved a bill to downgrade the diplomatic ties between Tehran and London to the level of chargé d'affaires, and limit all economic and cultural collaborations to the minimum level.

Nearly two years after their diplomatic ties were severed, Iran and Britain agreed in October 2013 to appoint non-resident chargés d'affaires as a first step toward reestablishment of their ties.