The narrative about the Yemeni war (still in the making) looks as though it is leaning towards laying the groundwork for the conclusion of today's round. It is a "round", because it cannot of course, in the case of Yemen and the components making up the mosaic of politicians and the military, distinguish between the series of wars and conflicts produced in Sana'a, Sa'ada, and Aden. 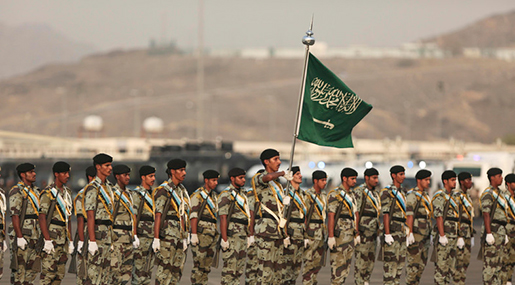 It is useless to produce an academic "dossier" where the features of the battle as well as the driving factors for the production of war are not properly examined. The historical value should be taken into consideration in accordance with the nature of those involved and the actors behind them. In this manner of organic correlation, events in Yemen can be viewed as always being "monolithic" and part of a chain reaction.

These events contain a semi-standardized layout for internal wars and their expansions to other borders. Events in Yemeni serve as a foundation for analyzing and tracking the development of battles and their semi-final outcomes.

The "bare feet" are stronger on their land

In his biography, the late British diplomat Anthony Nutting, wrote about [Egypt's] leader Gamal Abdel Nasser. He claimed that the reason behind Nasser's intervention in the Yemeni war in the sixties, to fight alongside the revolutionary republic troops against the Zaidi "Imamate", was to restore Egypt's "stature" in the Arab world following the disintegration of its pact with Syria. The move highlights the scale of Abdel Nasser's role in leading the region in its fight against "Israel". Nasser's involvement in Yemen was designed to produce a quick and decisive military victory.

But Nutting neglected to say that Abdel Nasser depended on local popular "concepts" to understand the reality on a group in Yemen. This is contrary to what the Saudis are doing in the current war. Back then the Egyptian leadership assumed that the tales about the Yemeni wars which dated back hundreds of years - the most recent at the time was the Saudi-Yemeni war in 1934 - were only undocumented narratives where the nationalist sentiment was mixed with the heritage, and that a war with soldiers wearing "sandals" and "slippers" would be a walk in the park.

In his memoirs, the commander of the "Arab forces", during Yemen's 1962 post-revolution, Gen. Abdul Mohsen Mortagy, reveals that the Egyptian troops entered a war where the partial but influential elements differed from what the military maps showed. The maps did not show the changes in weather conditions, the rugged tracks or the fierce fighters possessing diverse fighting experience in both mountain and desert warfare. The memoir also explains that about sixty thousand Egyptian soldiers were at a loss in their dealings with local "elements" living in versatility especially when they melted into one tribal component.


But the picture that best "testifies" to the reality of the tragic war was what Mortagy said about the feet of the Egyptian soldiers. Stones and sharp rocks ruined the carefully manufactured Eastern European boots and caused the soldiers' feet to bleed. This means that only the "bare foot" soldiers possessed the tools, means, and ways to fight a the war in Yemen.

Despite the thousands of videos and images that the current Yemeni war produced and is still producing, one in particular in which a Yemeni fighter calls out to a Saudi soldier inside the garrison somewhere in Najran, can be a crucial for understanding the battle and in trying to establish a semi-adequate image for its conclusion. The scene of a Yemeni soldier calling on a Saudi fighter to surrender, as normal as it seems in wars, remains a milestone. It is also a direct indication of the collapse of the alleged superiority "structure" in the conflict between the two sides, especially that this supposed "surrender" is taking place behind the Saudi defense lines and naturally beyond the "sovereign" line separating the Kingdom and its younger Yemeni "half-brother". Judging by how the battles are unfolding, the Kingdom of Saudi Arabia and its Arab "alliance" has lost control of the war. The war has become more open to producing scenarios that go beyond the ability of containment, which means that the cards Sana'a holds at the final solution table are unpredictable in terms of quality and number.

In comparison to other historical experiences, specifically the Egyptian one, this battle does not stop reinventing itself. This is especially true along it's multiple fronts but also runs in parallel with the monotonous nature of battles stretching on for more than a year in the key areas of Taiz, Marib as well as all the areas in between. It is monotonous in a way that both parties can no longer push forward and make progress in a direct military sense and convert it into currency at the negotiating table. To an extent, the Houthis and former President Ali Abdullah Saleh have benefited from their control over the northern region, which is in accordance with the borders drawn up following the 1994 war between Sana'a and Aden. For Saleh and the Houthis this means not having to deal with the historical grievances of the southerners. This also means moving away from the southern "national" project and its demand to secede, as well as the parallel incubator environment for the jihadist Salafi organizations and their existing battles with everyone in areas between Hadramaut to Aden. Defending the central and northern regions remains crucial to the nature of the landscape and its balances.

To a large extent, all of the above benefits Sana'a.

In contrast to the monotonous nature of the internal fronts, the joint Yemeni forces (the "Houthis" and the army) opted to accelerate the pace of the war without resorting to "crazy" scenarios and using ballistic or smart missiles to strike naval or strategic targets. These "crazy" scenarios can serve as an example of an immature tendency in the way the battle is managed on the ground, on the basis that it exhausts the brinkmanship option to no avail. The standardized use of a ballistic arsenal reveals two sets of concerns on the part of the Houthis and President Saleh.

On the one hand they do not want to appear to be a rouge organization but rather a unified front opened to negotiations. On the other hand they are careful about wasting this capability. Parallel to the missile capabilities, Sana'a headed towards transforming the border war with Riyadh into a "strategic" weapon, to be used as an ultimate political asset. This asset is to be used as leverage during negotiations where thus far Yemen's "legitimacy" was represented by Saudi Arabia.

The rationed war is awaiting a final solution

From the Yemeni point of view, it is no longer possible to go around in circles when it comes to readying a final solution to the conflict. The possible solution is based on the implementation of international resolutions concerning the conflict, such as the UN resolution 2216, and what it would mean to abandon the gains from the post Houthi "coup" in September 2014. So the exit came from a local point of view; to activate a political action, running parallel to the armed action. This was done through the formation of a political council, appointing a "president" with a collaborating team. This confirms the direction Sana'a is heading towards in conducting its internal political and administrative affairs independently from the nature of the negotiations outside. This in itself creates a kind of political balance in the foreign diplomatic rhetoric, which was based on the mantra of "coup" versus "legitimate government". The Northern Yemeni Alliance reinforced its political move with a "historic" demonstration on August 20, to display popular support in favor of the Houthi-Saleh alliance. This alliance is opposed to the warring factions in the South, despite the "Iron Dome" granted to them by Riyadh.

The political developments ran parallel with the accelerated pace of border operations and incursions [into Saudi Arabia]. This was accompanied by a media campaign on the part of the Yemeni forces, culminating in the call "Oh Saudi, Surrender!". The combination of these operations poses a moral blow to the Saudi royal ground forces, which form the backbone of the battle from the other side of the border. This comes after General Ali Mohsen al-Ahmar withdrew Yemeni forces loyal to Riyadh from the border area, and re-deployed them in Marib, hoping to compensate for the lack of power after the influential tribal withdrawals along the Marib front. In addition, this war has occupied wide range of sectors in the Saudi armed forces.

The task for the Saudis has become defending the homeland disregarding the causes and stated objectives of the war. During the past weeks, it became natural to record dozens of Saudi air strikes daily on areas within the kingdom. The strikes targeted major cities in the regions of Najran and Asir, for fear of loosing it to Yemeni troops and repeating the fall of the Saudi city of Rabuah in the middle of the current war.