After mending fences with Russia and the Zionist entity, Turkey wants to normalize relations with Syria, the prime minister said Friday, confirming a policy shift after years of supporting terrorists fighting the Syrian people, government and army. 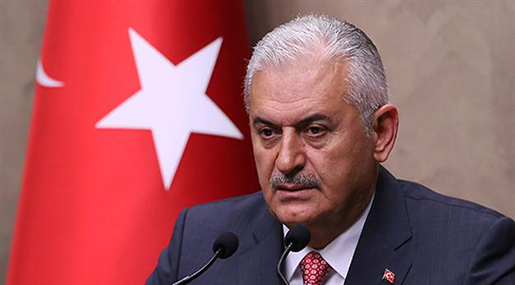 "We have normalized our relations with Russia and "Israel"," Binali Yildirim said in a televised speech.

"Now, God willing, Turkey has taken a serious initiative to normalize relations with Egypt and Syria."

On Syria, Turkey had persistently insisted President Assad's departure was key to any resolution of the country's five-year war and backed the terrorists who caused the huge human losses and destruction across the country.

But last month Yildirim signaled a shift, saying that President Assad was "one of the actors" in Syria and could stay on ‘temporarily' during a transitional period.

Since taking office in May, the Turkish PM has sought resuming Ankara's longstanding policy of having "zero problems" with its neighbors.

In June, Turkey mended ties with Russia which were sorely tested by the shooting down by Turkey of a Russian warplane along the Syrian border.