Will Decisive Actions Be Taken to Stop the "Strategies of Daesh Cubs"?

Lebanese newspapers on Friday dealt with a variety of regional and international issues. Prominent Arab and Lebanese writers had their say on the hottest matters. 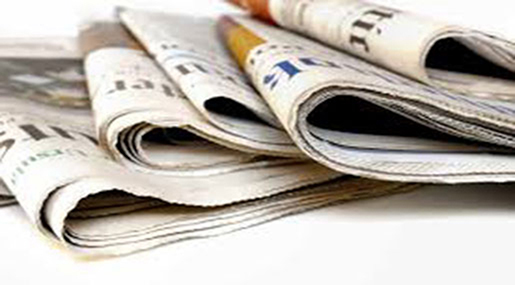 Jund al-Aqsa has been in a state of isolation since its defection from Jaish al-Fateh [the Army of Conquest] in Idlib due its refusal to fight against Daesh [Arabic acronym for "ISIS" / "ISIL"]. Its isolation increased after failing to participate in the military operations in Aleppo's south-western parts.

Accordingly, Juns al-Aqsa'a alleged transformation into a Daesh follower and its purported assassination of leaders of other factions in Idlib, became a rich material for its opponents to demonize and dismantle it.

Indeed, the Jund witnessed a wide split among its members, especially in its Hama branch. The defectors, among which were senior officials, joined al-Nusra Front.

The battle of Aleppo was the straw that broke the camel's back! The battle's high sensitivity and the Jund's non-participation seemed to be intended betrayal and treason.

Henceforth, Jund al-Aqsa's launch of the "battle of Hama", sparked concerns among all parties, including the Syrian Army and other armed factions.

According to as-Safir, the factions had several reasons to fear what it called the Jund's "adventure". Most notably, the decision to launch the battle of Hama had previously caused a controversial stir that the factions decided to postpone it.

But most important is that the success of the adventure, taking into account the changes in the balance of power in its aftermath, will cause Jund al-Aqsa to bloom and therefore impose it as a prominent organization in the arena.

This implies that the efforts made by the Jund's opposing factions to tarnish its reputation were futile.


Two "Israeli" Generals: We Elevated Occupation to "Art Form"... We Are at Risk of "Civil War"

On the "Israeli" topic, As-Safir has it that two "Israeli" former military generals aroused anger among the entity's right-wing circle after a few statements they recently made.

Former Mossad chief Tamir Pardo said that "If a divided society goes beyond a certain point, you can end up, in extreme circumstances, with phenomena like civil war... I fear that we are going in that direction." Former "Israeli" Occupation Forces [IOF] Gen. Gadi Shamni, said: "We are the world champions of occupation. We have elevated the occupation to an art form."

It is clear that the two generals, in two different places, wanted to reveal that there are various factor in the "Israeli" entity that rises concern, despite what is being portrayed about the entity's prosperity and strength.

At a news conference held by IOF generals, Pardo pointed to the danger of polarization and alluded to the existing fragmentation in "Israeli" society.

He warned that the "internal threat should worry us more than the external threat..." He warned of the shrinking distance to the brink of a civil war in the "Israeli" entity.

For his part, Shamni said that the IOF "is busy controlling a population of 2.5 million civilians [which] diverts the army from its primary function. The ‘Israeli' army is having trouble preparing for the threats facing it. The army's ethics and capabilities are drained and it becomes a punching bag for politicians."

In its September 2nd, 2016 edition, al-Binaa newspaper shed light on the following:

Al-Binaa newspaper focused on the US-Russian talks in Geneva regarding the Syrian cease-fire.

In a telephone conversation, Russian Foreign Minister Sergei Lavrov and US Secretary of State John Kerry discussed the prospects of cooperation between Moscow and Washington in the fight against terrorist organizations in Syria.

The Russian Foreign Ministry on Thursday commented on the phone call saying: "The two ministers focused on the situation in Syria, including the prospects for a US-Russian cooperation in the fight against terrorist groups entrenched there".

For his part, Sergey Ryabkov, Russia's deputy foreign minister, said that military experts from Russia and the United States will meet in the coming hours in order to reach a final agreement regarding the US-Russian coordination in Syria's Aleppo.

Ryabkov went on to say, "We are just steps away from finding a solution to the special situation in Aleppo. Our military personnel will meet the Americans again, in the coming hours, to reach a final agreement. We have not reached an agreement until now."

In the same context, Russian Foreign Minister Sergei Lavrov, asserted Russia's insistence on a full-scale Syrian dialogue, in order to resolve the crisis as soon as possible.

He said while addressing Russian students of the Moscow State Institute of International Relations: «We insist on the launch of a real political dialogue in Syria, at the earliest. And has already been the United Nations mandate to launch this dialogue, but yet do not rush in this direction. »

For his part, UN special envoy to Syria, Staffan de Mistura, said that there were high level US-Russian diplomatic and military consultations taking place since Thursday, in order to reach a "solid and coherent" cease-fire in Syria.

He further pointed out that "based on the outcome of these discussions, we are going to report on the political initiative in the week prior to the current session of the UN's General Assembly".

In the summer of 2014, Lebanese Prime Minister Saad Hariri announced that Saudi King Abdullah bin Abdul Aziz granted Lebanon one billion US dollars to be spent on weapons and ammunition for the LA and security forces. of the main supplier since the nineties of the last century is the United States.

Since the US is the region's main supplier, Washington appropriated the purchase of 10 Super Tucano aircrafts for Lebanon using the Saudi grant.

However, it was not meant for the deal to see light.

According to al-Akhbar, until this moment, there is nothing flawed with the deal except that the Lebanese political system consented to put our official national security in the hands of the US ignoring the fact that it is the biggest supporter of our "Israeli" enemy.

However, this is not the whole problem; it goes far beyond a more threatening path. The problem is in the Super Tucano plane that carries a time bomb!

The Lebanese "scandal" lies in the plane's system, which includes everything that is sensitive in this plane.

As the "Israeli" company Elbit produces the Tucano planes' monitors, computer navigation systems and information storage systems. In short, our enemy produces the brains of these plane.

Isn't the presence of these planes in the Air Force a breach to Lebanese security? Can't the "Israelis" control the aircrafts' systems?

Is the fact that the aircrafts are a grant allows us to overlook the scandal of having an "Israeli" company design its electronic systems?

The list of questions goes on... but the answers are too short: "The aircrafts are a grant, we can put conditions on the benefactor."