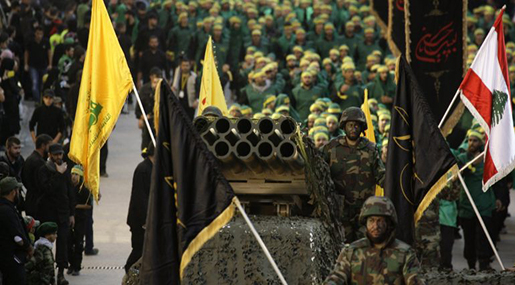 When "Israel" withdrew from southern Lebanon in May 2000, the Lebanese government refused to take responsibility for its own territory and instead ceded ­ de facto control to Hizbullah. The "Israeli" government held Lebanon as a whole responsible for the "attack" because Hizbullah's "attack" was launched from Lebanese territory and Hizbullah was a Lebanese group. Simply put, Lebanon couldn't have it both ways - embracing Hizbullah when it was political expedient but distancing itself to avoid accountability.

What followed was a 34-day war. It was brief but bloody. Hizbullah had stockpiled between 10,000 and 12,000 short- and medium-range rockets, and a smaller number of longer-range missiles. It had placed several in underground bunkers designed and perhaps even built by North Korean engineers in the caves and mountains of southern Lebanon. Hizbullah launched several thousand missiles into "Israel", killed several dozen "Israelis" and striking cities like Haifa, which had not been hit in an Arab-"Israeli" War since "Israel's" 1948 War...

Even the State Department got in on the game: "It is extremely important that ‘Israel' exercise restraint in its acts of ‘self-defense'," Secretary of State Condoleezza Rice told reporters on the first day of the war. President George W. Bush sought to assure. "To help calm the situation, we've got diplomats in the region," he said. For then-Senator Hillary Clinton, diplomacy could not come quickly enough. "We've had five and a half years of a failed experiment in tough talk absent diplomacy and engagement," she told NPR. "I think it's time to go back to what works, and what has historically worked and what can work again."

Eventually, diplomats got their wish. The United States joined the international chorus calling on "Israel" to stand down, no matter that Hizbullah still posed a potent threat. On August 11, 2006, the United Nations Security Council unanimously adopted Resolution 1701 which called for a ceasefire and demanded that "there will be no weapons or authority in Lebanon other than the Lebanese state."

It was rhetoric which diplomats could celebrate, but the reality was far different. "No army in the world will force us to drop our weapons, force us to surrender our arms, as long as people believe in this resistance," Hizbullah Secretary-General Sayyed Hassan Nasrallah stated. Just a month after the ceasefire, he claimed to have restocked his arsenal in full and claimed to possess 25,000 rockets.

In the ultimate irony, the Lebanese Defense Minister blamed "Israel" for failing to finish Hizbullah off. "The army is not going to the south to strip Hizbullah of its weapons and do the work that ‘Israel' did not," he said.

Ten years on, it's perhaps wise to sit back and consider the price of a premature ceasefire... Today, analysts and experts place Hizbullah's arsenal at between 120,000 and 130,000 rockets and missiles. Whereas in 2006, Hizbullah could only strike northern "Israel", today their rockets and missiles can imperil every inch of the "Jewish state".

United Nations and European diplomatic guarantees turned out to be non-existent, and US diplomats ignored Hizbullah's rearmament once headlines moved on. The Joint Comprehensive Plan of Action (JCPOA), arguably President Obama's signature achievement for the second term, has only made matters worse...

When it comes to terrorist threats, the key to peace is seldom through diplomacy, nor do even playing fields resolve conflict. Rather, it's through a decisive, disproportionate, and overwhelming victory in which as many terrorists are eliminated as possible. Too often, ceasefires bring not peace, but rather a shield behind which provocateurs can hide from the consequences of their actions.

Hizbullah is a formidable force today not only because of Iran's massive infusion of arms and equipment, but also because of the fickleness of diplomats a decade ago. Had President George W. Bush held firm to his principles, and had Secretary of State Condoleezza Rice prioritized what was right above the affirmation of her peers, there would be no Sword of Damocles hanging over the region. Alas, because of decisions a decade ago, the question is not whether a new "Israel"-Hizbullah conflict will occur, but how many orders of magnitude greater the damage will be.