The effects of the speeches delivered by Hizbullah Secretary General His Eminence Sayyed Hassan Nasrallah were not solely confined to the morale of the "Israeli" entity's public and soldiers. The speeches had an impact on the political and security decision makers in Tel Aviv - something that more than one media outlet attested to before, after and during the 2006 war. 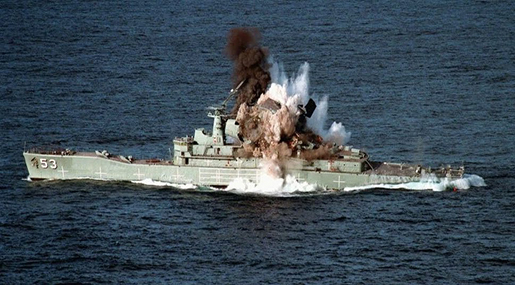 But the new old, is more "Israeli" data revealing that Sayyed Nasrallah's stances and speeches became a core subject in academic studies that examine the role of psychological warfare during battle, concerning the formation of national awareness. Among the most prominent addresses, which appeared to have the same impact in "Israel", Lebanon and the Arab world, is the «beyond, beyond Haifa» speech and the targeting of the «Sa'ar» ship.

Sayyed Nasrallah's speech, delivered in July 2006, «to Haifa, and believe me, beyond Haifa and beyond, beyond Haifa» became the focus of theses in "Israeli" academic circles focusing on the impact of this speech. In an interview with the "Israeli" site «Walla», the head of the National Security and media Research Center in Ariel University and researcher in the fields of information warfare, Dr. Ron Schleifer, asserted that the speech served as an excellent example of the power of persuasion.

Schleifer revealed that the speech morphed into a substance repeated by the "Israeli" public. He explained that the «grand irony is that the public in "Israel" is the one that turned the speech into a slogan», describing it as «a message picked up by a good ear». Schleifer also criticized the "Israeli" media for feeding the audience's appetite.

Schleifer's view is that "Israel" sensed the importance of psychological warfare through the performance of Nasrallah. He explained that: «thanks to Nasrallah we understand that the psychological war is important, and that the war of missiles and raids is not exclusively what decided the battle». He believed that the Secretary-General of Hizbullah focuses on this aspect of the war against "Israel", since «he does not have the capacity that we have, and the basic idea underlying (psychological warfare) is that: If you were not able to influence your enemy's weapon, you have to affect the finger that pulls the trigger. In this particular case, Nasrallah is excellent».

Schleifer believes that «our largest disasters are that we underestimate the Arab world and consider it to be backwards on the technological and strategic level. But we're making a grave mistake.» He points out that «the world is teeming with means of communication and the dissemination of rumors, and psychological warfare is an additional dimension needed in fighting. » The "Israeli" expert adds that «Hizbullah and the Hamas movement which learned from it, use well prepared films and are keen to subject their members to a thorough preparation process in this field. Both launch resonating addresses as part of the attack process, and when you fail to respond you come off as a defeated party.»

The «Walla» site discussed these issues in an article titled «The Battle Against Awareness: This is How the Second Lebanon War was Engraved in the National Memory. » It started by quoting the security minister during the war on Lebanon, Amir Peretz, saying Nasrallah's name will not be forgotten. The site concludes that the 2006 war succeeded in raising ["Israeli" national] awareness not only because of the great losses endured and the loss of the "Israeli" public's confidence in their leaders, but also because it formed the first war in which the battle against awareness was planned and conducted.

In the same sense, the former ["Israeli"] army spokesman Brigadier General Avi Benayahu acknowledged that «Hizbullah outran the "Israeli" army» in psychological warfare, explaining that «20 years ago, Hizbullah assigned a photographer of war in every military unit to take part in attacks on the South Lebanese Army (Lahad Army) positions and document the take over. During a short period of time, the images were spreading across the world and embarrassed "Israel".»

He also admitted that «credibility is the key word in the psychological war» waged by Hizbullah. He added that «Hizbullah and Nasrallah have maintained for many years a high level of credibility, and when they threaten the public in "Israel" the world believes them.»

He believed that «the second Lebanon war formed the ability to engrave into the enemy's memory, even among the citizens living in their homes.» Benayahu cited several examples of how Nasrallah was a role model of credibility in his psychological warfare against "Israel", including the declaration of the Secretary-General of Hizbullah concerning the capture of Colonel Tennenbaum, and his pledge to fire rockets «beyond, beyond Haifa», and then firing rockets into Hadera and Qaisariyeh.

Nasrallah's famous address also included the «targeting of the Sa'ar ship with missiles in the moment of truth», stressing that «the public and the world believe Nasrallah's and Hizbullah's threats.»