Turkey has seen an upheaval in its foreign and domestic politics, exacerbated by the coup attempt on 15 July. 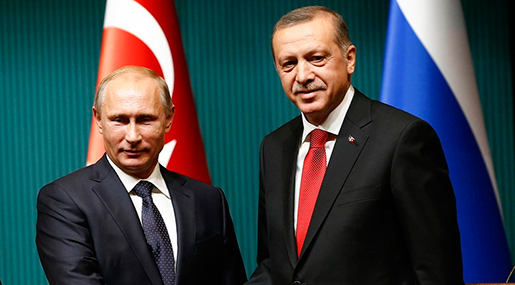 In view of the current "frost" in the AKP government's relations with both the US and the EU, Turkish President Recep Tayyip Erdogan's decision to choose Russia for his first official visit abroad since the botched coup appears rich in symbolism.

And Western leaders will be looking on nervously.

The EU's migrant deal with Turkey has run into trouble and the US is under pressure to extradite self-exiled leader Fethullah Gulen, whom Turkey blames for the coup.

But Tuesday's visit is not a snap decision by the Turkish state in reaction to a perceived lack of visible and credible Western support in times of crisis, nor is it in appreciation of President Putin's swift support.

Some years ago Ahmet Davutoglu, Turkey's then FM and later PM, coined the slogan "Zero problems with all neighbors" as Turkey adapted its policy to meet the wave of changes during the so-called Arab Spring.

By the end of last year, the Turkish leadership had problems with all its neighbors and partners and a diminishing crowd of friends, because of negative developments in Syria and Iraq as well as failures in Turkish policy.

As Turkey's security interests have worsened in Syria, with Kurdish militants either side of the border, it has clearly become a strategic necessity for Ankara to bow to realities and look for opportunities for an honorable retreat.