A US "Homeland Security" report said that Daesh [the Arabic acronym for the terrorist "ISIS" group] has been linked to about 100 plots against the West over the last two years. Alarmingly, the terrorist group is getting more effective, with 44 percent of the plots in 2016 successful. 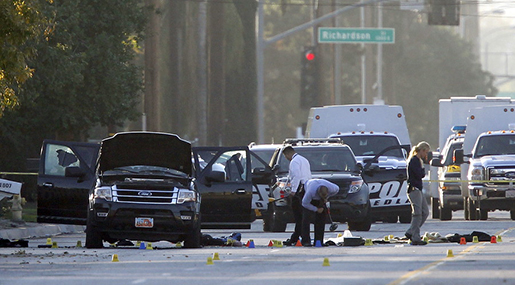 The data compiled in the report showed that 41 of the 100 or so plots masterminded by Daesh took place on US soil.

France was the only other country in double figures, with the terrorists undertaking 20 plots since 2014.

"There are now more violent extremist groups, members, and safe havens than at any time in history... Daesh, including its eight established and several more emerging branches, has become the preeminent global terrorist threat... Daesh leaders are determined seek to strike the US homeland-beyond inspiring homegrown violent extremist attacks," Director of National Intelligence James Clapper said in testimony before the Senate Armed Services Committee in February.

The report showed that just under a third of attacks last year carried out by Daesh were successful.

However, in 2016, this figure has risen to almost one in two, with 44 percent of the terror group's assaults successful.

The so-called Department of Homeland Security noted how successful Daesh has been in managing to recruit people by "crowd-sourcing" its terrorism agenda.

The report added that the majority of the plots have been masterminded by individuals who were inspired by Daesh, rather than those who were actually members of the group.

Catching the terrorists is also proving to be difficult as they are using "end-to-end encrypted messaging applications and encryption software" to ensure that their communications are masked.