"Israeli" occupation forces [IOF] shot and wounded six Palestinians, including a woman, near the border in the blockaded Gaza Strip as well as the occupied West Bank. 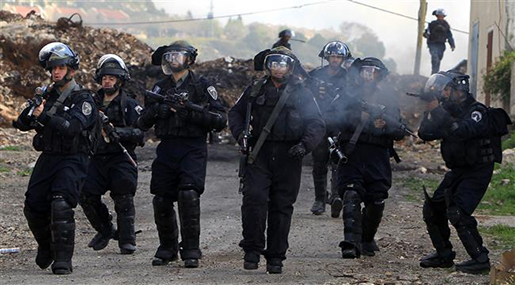 "Israeli" occupation forces fired tear gas canisters and rubber-coated steel bullets to disperse the crowd. A young Palestinian man was shot and injured during the mayhem.

Shortly afterwards, "Israeli" military forces shot and injured a 37-year-old woman and a man in his early 20s during clashes east of Maghazi refugee camp in the central Gaza Strip.

The woman was hit in the shoulder, while the man sustained gunshot wounds to the foot.

Another Palestinian youth was injured as the enemy forces clashed with Palestinian protesters east of al-Bureij refugee camp in central Gaza Strip.

The occupied territories have witnessed a fresh bout of tensions ever since the Zionist forces introduced restrictions on the entry of Palestinian worshipers into the al-Aqsa Mosque compound in East al-Quds in August 2015.

More than 220 Palestinians were martyred at the hands of "Israeli" forces since the beginning of last October.