At least 15 civilians were martyred and dozens wounded in air strikes by a US-led coalition in Syria on Thursday, a monitor said. 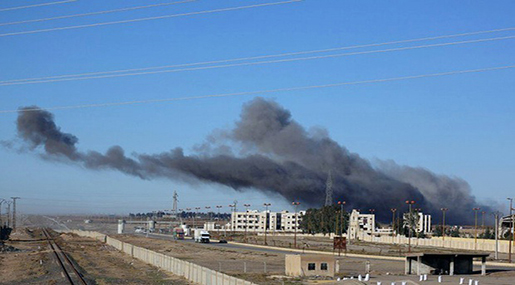 The strikes hit a northern town controlled by Daesh [the Arabic acronym for the terrorist "ISIS" group.]

The information further added that airstrikes by international coalition fighter jets on the town of Ghandoura killed at least 15 civilians and wounded dozens.

The town lies 23 kilometers northwest of Manbij, a strategic waypoint between Turkey and Daesh's stronghold of Raqa.

The strikes came a day after the coalition opened a formal investigation to determine whether its air strikes last week near Manbij claimed civilian lives.

For its part, Amnesty International called on the coalition to redouble its efforts to prevent civilian deaths and to investigate possible violations of international humanitarian law.

According to studies, around 600 Syrians including 136 children were killed in coalition air strikes since September 2014.