The West's incompetent policy in the Middle East and North Africa has led to the current consequences in the region, Russian Foreign Minister Sergey Lavrov said on Friday. 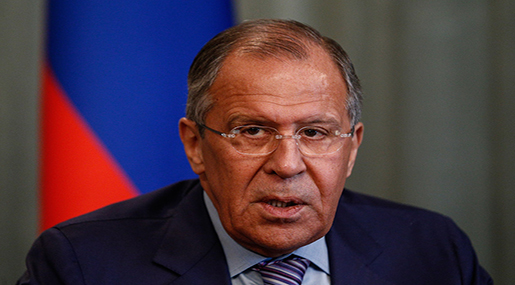 "What is happening in the Middle East, North Africa is the direct result of a very incompetent and unprofessional attitude to the situation," Lavrov said.

"In their desire to keep their dominance, our Western partners acted like a bull in a China shop. In Iraq, an overthrow of the regime was announced under a false pretext," Lavrov added.

They say: first it is necessary to remove Assad [Syrian President Bashar Assad] and then we'll struggle against terrorism," Lavrov further noted.

"We say: Okay, we'll urgently organize elections in Syria and Assad will be removed by way of elections. And who will guarantee that Syria won't repeat the Libya scenario?" Lavrov noted.