The long-awaited 28 pages of a 2002 congressional report on the 9/11 attacks had been released. The document indicates that prominent members of the Saudi Arabian regime were involved in planning and financing the terror attacks. 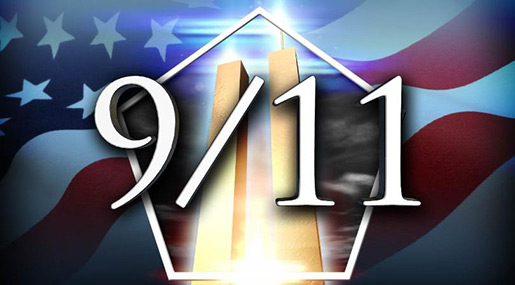 The declassified documents were released by Congress on Friday and released them the same day. The release of the documents confirmed suspicions that the terrorists involved in the 9/11 attacks - most of whom were Saudi nationals - likely received support from high-ranking Saudi intelligence officers.

"While in the United States, some of the September 11 hijackers were in contact with, and received support or assistance from, individuals who may have be connected to the Saudi Government," the report states. "There is information, primarily from FBI sources, that at least two of those individuals were alleged by some to be Saudi intelligence officers."

The documents go on to explain that the magnitude of Saudi involvement isn't clear because the US government only began to "aggressively investigate" after the attack already occurred.

"In their testimony, neither CIA nor FBI witnesses were able to identify definitely the extent of Saudi support for terrorist activity globally or within the United States and the extent to which such support, if it exists, is knowing or inadvertent in nature," the report states.

However, it does list prominent Saudis suspected of being involved with terrorism by US intelligence agencies.

Omar al-Bayoumi, whom the FBI suspected to be a Saudi intelligence officer due to a "half dozen reports," is given a detailed summary in the newly released documents. The report starts that FBI files indicate that al-Bayoumi provided "substantial assistance" to 9/11 hijackers Khalid al-Midhar and Nawaf al-Hazmi, two of the five terrorists who crashed American Airlines Flight 77 into the Pentagon.

In February 2000, al-Bayoumi met with the hijackers in a public place in San Diego "shortly after his meeting with an individual at the Saudi consulate."

The report says that there is reason to believe that al-Bayoumi's meeting with the terrorists was not accidental. He had "extensive contact" with Saudi government establishments in the US during the same time as the meeting with the hijackers, making over 100 phone calls to such establishments and received repeated financial support from a Saudi company called "Ercan," which itself received money from the Saudi Ministry of Defense.

A member of Ercan told the FBI that he tried to refuse to pay al-Bayoumi, but the company told him that if al-Bayoumi wasn't paid, it would lose its contract with the Saudi Defense Ministry.

"According to FBI files ... al-Bayoumi received a monthly salary [Ercan] even though he had had only been there on one occasion," the report says. "The support increased substantially in April 2000, two months after the hijackers arrived in San Diego, decreased slightly in December 2000, and stayed at that same level until August 2001. That company reportedly had ties to Osama bin Laden and al-Qaeda."

The report further implicates the suspected government agent in supporting 9/11 terrorists by his close association with Osama Bassnan, who himself is known to have had extensive contact with al-Midhar and al-Hazmi. He lived across the street from the two hijackers and told an FBI asset that he met the men through al-Bayoumi, and claims that al-Bayoumi "knew the men very well." Bassnan told the same asset that he "did more than Al-Bayoumi did for the hijackers," the report states.

The report says that the FBI received indication that Bassnan himself was a supporter of Osama bin Laden who might have been a Saudi intelligence officer.

"According to a CIA memo, Bassnan reportedly received funding and possibly a fake passport from Saudi Government officials. He and his wife have received financial support from the Saudi Ambassador to the United States and his wife," the report states, adding that Bassnan had also received money from a member of the Saudi royal family.

Also implicated in the report is a US-based corporation, and, by association, Prince Bandar bin Sultan, a member of the House of Saud who served as Saudi Arabia's ambassador to the US from 1983 to 2005.

The report linked Abu Zubaida, a senior Al-Qaeda operative captured in 2002, to certain numbers in the United States by going through his phonebook. One of those numbers is subscribed to by Aspen-based ASPCOL Corporation, a company that was managed the affairs of Ambassador bin Sultan, even though the phone number was unlisted.

Several individuals on the East Coast whom the hijackers are believed to have met with also had likely connections to the Saudi government. During September 2001, after the 9/11 attacks, the FBI discovered that a Saudi Interior Ministry official named Saleh al-Hussayen stayed in the same hotel as hijacker al-Hazmi. He is a major donor to Islamic Assembly of North America, an organization dedicated to the spread of Salafi Islamic fundamentalism worldwide that Prince Bandar also donated to.

"It was not the task of this Joint Inquiry to conduct the kind of extensive investigation that would be required to determine the true significance of any such alleged connections to the Saudi government," it stated.

However, the report did indicate that information it presented strongly points to elements of the Saudi government having a hand in the 9/11 attacks.

"[I]t is possible that these kinds of connections could suggest ... ‘incontrovertible evidence that there is support for these terrorists within the Saudi government,'" the report said, quoting a document from July 2002, which had its name redacted.

"On the other hand," the reported stated, continuing, "it is also possible that further investigation of these allegations could reveal legitimate, and innocent, explanations for these associations."

Saudi Arabia, an ally to the US in the Middle East, has firmly denied any involvement in the attacks and repudiated the accusations against it. The nation had previously fought against the declassification of the 28 pages.

Just in April, Riyadh threatened the US with economic fallout if Congress passed a bill that would allow the Saudi government to be held responsible based on findings from Friday's report.

Adel al-Jubeir, the Saudi foreign minister, personally told US lawmakers that Saudi Arabia would be forced to sell up to $750 billion in treasury securities and other assets in the United States if the 9/11 bill passes, since they would be worried that the assets could be frozen in American courts.

This tune changed with Friday's release of the documents, with the Riyadh officially welcoming the report, in hopes that it would remove suspicions about the Saudi government's actions.

"Since 2002, the 9/11 Commission and several government agencies, including the CIA and the FBI, have investigated the contents of the '28 Pages' and have confirmed that neither the Saudi government, nor senior Saudi officials, nor any person acting on behalf of the Saudi government provided any support or encouragement for these attacks," Abdullah al-Saud, Saudi Arabia's ambassador to the United States, said in a statement, according to Reuters.

"We hope the release of these pages will clear up, once and for all, any lingering questions or suspicions about Saudi Arabia's actions, intentions, or long-term friendship with the United States."