At least 30 civilians, including four children, were killed and 140 others sustained injuries as the Takfiris fired rockets at the al-Furqan and al-Sukan neighborhoods of Aleppo city on Friday night, further violating a temporary nationwide ceasefire. 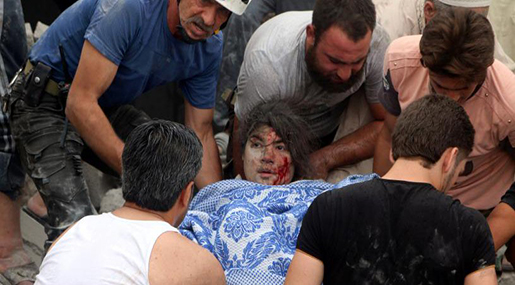 The deadly shelling comes as the Syrian army declared a unilateral 72-hour truce across the country on the occasion of Eid al-Fitr, which marks the end of the holy Muslim fasting month of Ramadan.

The truce entered into force as of 1 p.m. local time on Wednesday and is due to end at midnight.

In another development on Thursday, Syrian troops and allies managed to completely wrest control over the Mallah farms near Aleppo. They further recaptured the Castello road, which was used by terrorists as a strategic path to the eastern neighborhoods of Aleppo.

The Takfiri elements operating in the Arab country suffered major setbacks over the past few months as the Syrian army managed to liberate a number of areas from the grip of the extremists.