Ukraine Monday launched joint military exercises with the United States and a string of other NATO countries as tensions with Moscow remain high over the pro-Kremlin insurgency in the country's east. 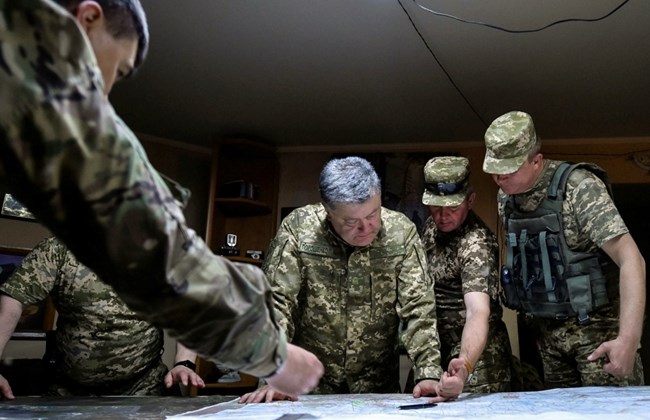 The annual Rapid Trident military exercises, taking place in the western Ukrainian city of Yavoriv until July 8, involve some 1,800 soldiers from 14 countries and focus on "peacekeeping and stability operations," the U.S. military said in a statement.

A spokesman for the regional branch of the Ukrainian defense ministry, Oleksandr Poronyuk, said that some 200 pieces of military equipment, including two helicopters, will be used during the drills.

Some 300 US troops have been training Ukrainian soldiers since April 2015 to support them in their fight against pro-Russian rebels in the country's war-torn east.

On Monday, Ukrainian military spokesman Andriy Lysenko said that one serviceman had been killed and four injured over the past 24 hours in fresh clashes with insurgents.

Ukrainian Defense Minister Stepan Poltorak said in April it could take years to end the conflict, which has claimed nearly 9,400 lives since it erupted in April 2014.

Kiev and the West have accused Russia of buttressing the rebels and sending in regular troops across the border, claims Moscow has repeatedly denied.