Emphasizing the fact that striping senior cleric's citizenship is the sign of Al Khalifah's last breaths, Speaker of the Iranian Parliament Ali Larijani warned Bahraini officials that this act is regarded as a rude adventure. 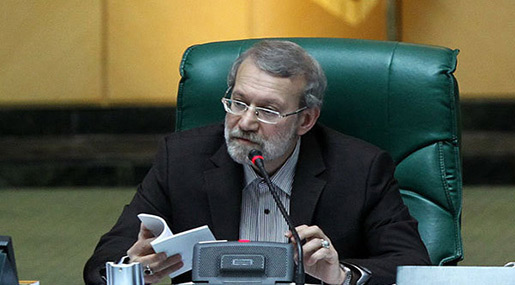 Larijani further reiterated that Al Khalifah's recent act is regarded as stupid, adding that, this regime has jailed all freedom-seeking people like Sheikh Qassim.

He described that they suppressed political figures and they robbed people's properties and killed many people especially youths.

Larijani also stressed that Bahraini people's request is simple and clear which is to participate in election with equal votes.