The unjust decision against Ayatollah Sheikh Issa Qassim triggered a series of condemnations among which was by the US-based Human Rights Watch, causing the US to be "alarmed". 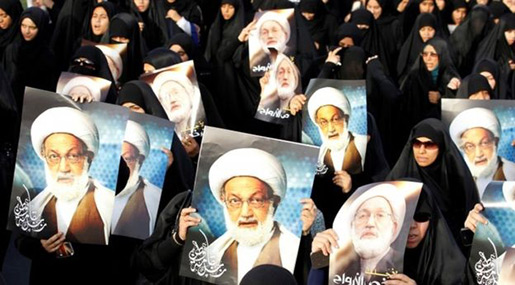 Human Rights Watch lashed out the Manama regime, on Tuesday, for stripping Bahrain's most prominent Shia cleric Sheikh Issa Qassim of his citizenship earlier on Monday.

"The decision to strip Sheikh Issa Qassim of his citizenship takes Bahrain into the darkest days it has seen since the protests and crackdown of 2011," HRW said in a statement.

"The Bahraini authorities are shutting the door on political reform, while simultaneously stoking dissent. These actions should be met with serious consequences, not expressions of concern."

Not to mention that the latest move by the Bahrain regime against the country's main opposition figures came as the Al Kahlifa regime is exerting mounting pressure on the opposition.

In this respect, the UN High Commissioner for Human Rights reported that more than 250 Bahrainis were stripped of their nationality for alleged disloyalty. 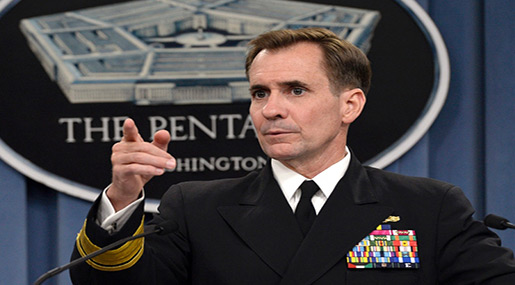 Furthermore, the US was "alarmed" by the same reason regarding the Al Khalifa regime's decision.

Meanwhile, the decision even pushed US officials to react, which is considered a rare move as Washington mostly ignores the Al Khalifa ruling family's crackdown on the tiny country's Shia population.

"We are unaware of any credible evidence to support this action and that assessment is further supported by the fact that he did not appear to even have the opportunity to challenge the charges against him before the decision was made, so we're going to be following this, obviously, very closely," Kirby added.