Police have arrested a prominent Daesh [Arabic acronym for "ISIS" / "ISIL"] member who was planning for attacks in Lebanon during the month of Ramadan, Al-Akhbar newspaper reported Monday. 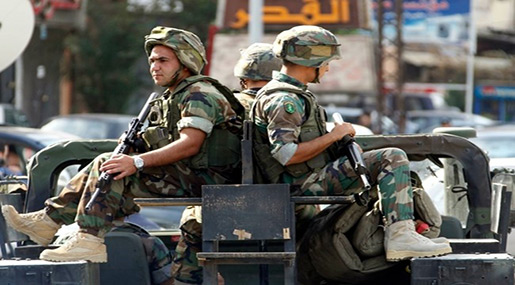 The daily said in its report that M. Gharzawi played various roles at the behest of the extremist group such as monitoring, recruiting new members and executing operations.

Gharzawi allegedly admitted to planning suicide attacks during the month of Ramadan against targets in Beirut's south suburbs, foreign embassies and at military and General Security posts.

It is not clear when the suspect was detained by the Internal Security Forces' Information Branch.

Al-Akhbar's report said that Gharzawi had left Lebanon to Daesh's de facto capital Raqqa, located in eastern Syria, where he resided for a while and underwent security and military training. He was also taught religion, the report added.

During his stay in Raqqa, Gharzawi met with a "liaison officer" identified as Abu al-Walid.

Abu al-Walid had previously entered Lebanon through illegal crossings in the northern border region of Wadi Khaled and was treated for an injury in the northern city of Tripoli.

He was later killed in a US air raid on Raqqa, the daily claimed.

Gharzawi revealed during his testimony to security forces the list of potential targets in Beirut's southern suburbs, which Abu al-Walid tasked him with targeting.

Several people were detained along with Gharzawi, including an arms dealer, the report said.