The European Union sent a very harsh message to "Israel" a few days ago regarding the demolition of Palestinian structures in Area C of the occupied West Bank, including some that were built with EU funding. 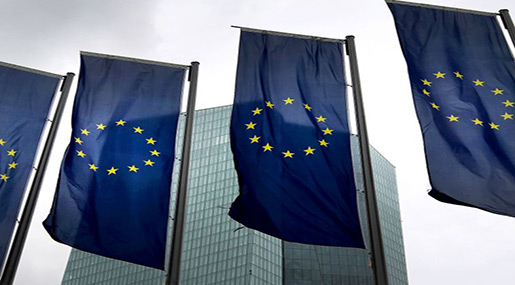 In a meeting with the coordinator of activities in the territories Maj. Gen. Yoav Mordechai last week, the EU ambassador to the "Israeli" entity, Lars Faaborg Andersen, warned that a continuation of the massive demolition of Palestinian homes in the West Bank is liable to harm relations between the EU and the entity.

A senior "Israeli" official, who was informed about details of the meeting, noted that it was tense and difficult. The official requested anonymity due to the diplomatic sensitivity of the issue. He said that the EU ambassador strongly protested the demolition and said that the "Israeli" entity's policy is harming the weakest Palestinian populations.

Area C, which constitutes about 60 percent of the occupied West Bank, is under full "Israeli" control. The Palestinians and the international community consider the area as the main land reserve for the future Palestinian state. The "Israeli" entity for its part wants part of Area C, where the settlements are located, to remain in its hands.

The official said that the EU ambassador emphasized in the meeting with Mordechai that the organization and its 28 member countries believe that the entity's demolishing of Palestinian homes in Area C is a serious blow to the two-state solution. "Public opinion in Europe is opposed to home demolition and forced evacuation of populations," he said.

Since the start of 2016 there has been a significant increase in the activity of the so-called Civil Administration against what the "Israeli" regime describes as "illegal" construction by Palestinians in Area C, especially construction funded by the EU.

There were two reasons for the increase - heavy political pressure by right-wing MKs, headed by Moti Yogev and Bezalel Smotrich of Habayit Hayehudi, on the coordinator of activities in the territories, and an "Israeli" attempt to apply pressure and to adopt sanctions against the EU in response to the decision to label products from the settlements in the European supermarket chains.

While the EU claims that the construction it funds in Area C is humanitarian assistance to Palestinian residents, the "Israeli" regime claims that it's a political step designed to help the Palestinians to establish facts on the ground.

According to United Nations statistics, in all of 2015 the "Israeli" entity destroyed 75 buildings funded by the EU, and a total of 531 Palestinian structures. In the first four months of 2016 alone an identical number of EU-funded buildings were demolished, and about 591 Palestinian structures in all. According to Dutch statistics, during 2015 damage totaling 206,000 euros was caused as a result of "Israeli" enforcement activities.

The EU ambassador told Mordechai that it's impossible to explain "Israeli" policy in Europe - on the one hand it destroys illegally constructed buildings and on the other it offers the Palestinians no possibility of building legally and fails to approve master plans and development for the Palestinians in Area C.

The "Israeli" regime carried out several demolitions there. The ambassador told Mordechai that "Israeli" activities leading to a forced transfer of a Bedouin population or a denial of its rights contradict international law and are not accepted in the EU.

The senior official said that following the complaints by the ambassador, Mordechai explained that the "Israeli" regime will continue to demolish Palestinian construction in Area C. He also said that he himself and the so-called Civil Administration are under criticism by MKs.

He claimed that the Palestinian Authority encourages foreign countries and organizations to build in Area C, and especially in places considered strategic for the "Israeli" entity. It was agreed that their future would be decided in future negotiations. He said that the PA also pressures the Bedouin to oppose any compromise offer by the entity, thereby preventing a solution to the problem.

The ambassador's harsh message comes on the backdrop of strong political pressure on EU Foreign Minister Federica Mogherini from a large group of members of the European Parliament who are demanding confrontation with the "Israeli" entity on the subject of the demolitions, and particularly of building funded by the EU.

Three weeks ago Mogherini attending a special hearing on the subject in the EP plenum. She said that there are discussions among EU members about the possibility of demanding compensation from the entity for the destruction of buildings constructed with European money.

The EU has been conducting negotiations with the "Israeli" regime for several months on the subject of the demolitions in Area C. The Europeans demanded that the "Israeli" entity totally freeze the demolitions, especially of European-financed buildings. The sides have yet to reach understandings and another meeting is scheduled in the so-called "Israeli" Foreign Ministry in al-Quds [Jerusalem] on June 15.