In a shocking attack on the right to freedom of expression Bahrain's authorities upheld the conviction of opposition leader Sheikh Ali Salman and increased his prison sentence from four to nine years for giving speeches in which he criticized the government, said Amnesty International. 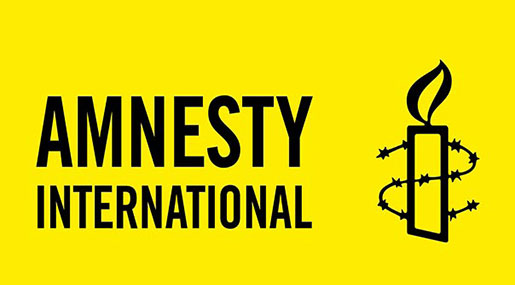 "Sheikh Ali Salman's conviction is clearly politically motivated and is designed to send a message to others that even legitimate and peaceful demands for reform will not go unpunished. He is a prisoner of conscience and should never have been put on trial in the first place. He must be immediately and unconditionally released," said James Lynch, Deputy Director of the Middle East and North Africa Program at Amnesty International.

Sheikh Ali Salman, who is the Secretary General of the main opposition party al-Wefaq National Islamic Society, was originally sentenced on June 16, 2015 after an unfair trial to four years in prison on charges including "publicly insulting the Interior Ministry" and "publicly inciting others to disobey the law." The charges relate to speeches he made in 2012 and 2014.

His appeal had been pending for eight months before finally being rejected today at the Court of Appeal in the capital Manama.

In September 2015, the UN Working Group on Arbitrary Detention called on the Bahraini authorities to release him immediately and grant him adequate compensation.

In recent years, Bahrain has tightened its grip on freedom of expression with multiple arrests and harassment of opposition politicians and activists.

Ebrahim Sharif, former Secretary General of the National Democratic Action Society [Wa'ad] was imprisoned for one year on February 24 for calling for reform in a speech.
Fadhel Abbas Mahdi Mohamed, former Secretary General of the Unitary National Democratic Assemblage [al-Wahdawi party] continues to appeal against a five-year sentence handed down to him after an unfair trial in June 2015 for a statement made by his political party condemning the Saudi Arabia-led airstrikes in Yemen.

"With three prominent opposition politicians behind bars, the authorities have made clear that criticism will not be tolerated in Bahrain today and anyone who dares to challenge them is at risk," said Lynch.