A robotic submarine had been deployed to search for an EgyptAir plane that recently crashed in the southern Mediterranean with 66 people on board, said the Egyptian president. 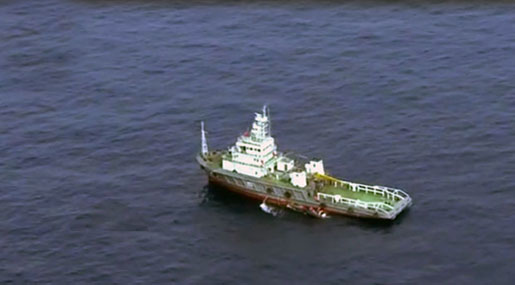 Abdel Fattah el-Sisi added on Sunday that the underwater technology had been obtained from Egypt's offshore oil industry to join the search for the missing plane.

"They have a submarine that can reach 3,000 meters under water," he said during a televised speech. "It moved today in the direction of the plane crash site because we are working hard to salvage the black boxes."

So far, ships and planes searching the sea north of Alexandria had managed to find debris of the ill-fated Airbus 320, but had not succeeded in locating its black box recorders.

EgyptAir flight 804, traveling from Paris to Cairo, crashed early on Thursday 10 miles inside the Egyptian airspace and killed all 10 crew members and 56 people on board.

Egypt's Civil Aviation Ministry had announced that 30 of those on board were Egyptian and 15 were French nationals.

According to the French investigators, the craft sent a series of warnings signaling smoke being detected in the plane before it dropped off radar.

Aviation experts had not ruled out deliberate sabotage being behind the crash but had also offered evidence pointing towards technical difficulties.

"Until now all scenarios are possible," said el-Sisi. "So please, it is very important that we do not talk and say there is a specific scenario."