Belgium had expressed concern over the "Israeli" entity's persistent expansion of illegal settlements in the occupied territories, which erodes the possibility of establishing a Palestinian state. 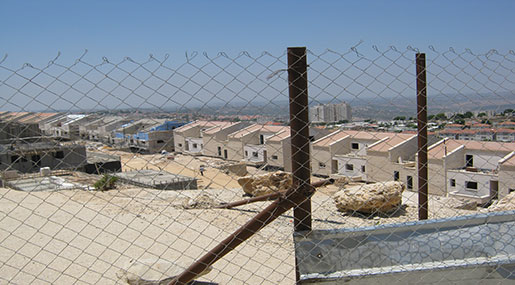 Belgian Foreign Minister Didier Reynders embarked on a three-day visit to the Middle East on Sunday, visiting the West Bank city of Ramallah where he met his Palestinian counterpart Riyad al-Maliki.

Reynders supported a French proposal to hold an international conference in Paris on May 30 in a bid to resume talks between Palestinians and "Israelis" by the end of the year.

"We are supporting the French initiative because we need to do something, we need to have at least a conference," he said, adding that Belgium was ready to attend the event.

The May conference will include the Middle East Quartet [the United States, Russia, the European Union and the United Nations], the Arab League, the UN Security Council and about 20 countries.

Maliki said that during the Sunday meeting with Reynders, they "discussed how settlement really eats up the possibility of reaching a two state solution."

The Palestinian Authority is reportedly under pressure from France and other countries to freeze its effort to push for a UN resolution condemning the illegal "Israeli" settlements in the occupied territories.

According to senior "Israeli" and Palestinian officials, France is pressing the Palestinians to suspend the effort on the grounds that it would undermine French attempts to convene the peace conference this summer.

The United Nations and most countries regard the "Israeli" settlements as illegal because the territories were captured by the "Israeli" entity during a war in 1967 and are hence subject to the Geneva Conventions, which forbid construction on occupied lands.

The presence and continued expansion of "Israeli" settlements in occupied Palestine had created a major obstacle to efforts to establish peace in the Middle East.

The Palestinians want the West Bank as part of its future independent state, with East al-Quds [Jerusalem] as its capital.

More than half a million "Israeli" settlers live in over 230 illegal settlements built since the 1967 "Israeli" occupation of the Palestinian territories of the West Bank and East al-Quds.

According to the daily Maariv, the "Israeli" apartheid regime will present a bill to the Knesset in the coming weeks, calling for the annexation of 60% of the occupied West Bank.

Preliminary talks had been held to annex Area C of the West Bank where more than 350,000 illegal "Israeli" settlers are based, the "Israeli" newspaper revealed.