Dangerous Facts in Internet File: "Israel" is in Every Lebanese House

Velayati: Russia Convinced There Is No Substitute for Assad

Tension in Zahle...Hizbullah Demands Government to Sort out US Financial Sanctions Issue

Lebanese newspapers on Friday focused on several domestic files, most important of which is the municipal elections, especially in the capital Beirut. Also, the newspapers tackled the ministerial session that was held on Thursday, and followed up on the illegal internet scandal and the "Israeli" espionage in this case. 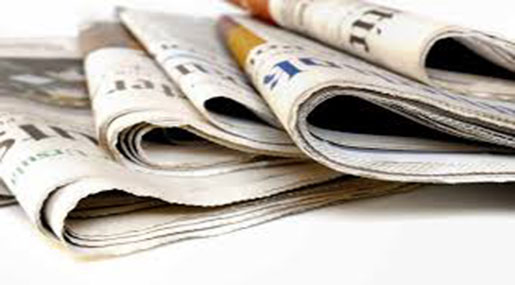 Papers also focused on the fear reflected in head of the Future party's attitude in terms of the municipal elections, where he seems to be losing ground especially in light of Saudi Arabia's abandonment to him on the different levels.

The Lebanese daily As-Safir reported on Friday that even though the Lebanese people have been busy with the municipal elections, yet there has been close follow up on the illegal internet file, as the unraveling facts prove that the Lebanese political system should be condemned for its involvement in the scandal.

"The most crucial point revealed in the internet scandal is that "Israeli" equipment was imported directly from the "Israeli" company Siragon which was also a main factor in the Barouk espionage scandal in 2009," said the newspaper, wondering how can Lebanon get easily exposed to a company whose employees are retired generals from the "Israeli" army, and who were mostly involved in the technical espionage units at the heart of the "Israeli" military establishment.

On another note, the newspaper reported that the attitude of head of the Future Party Saad Hariri reflects the tension and worry over not only the status of the Future party but also the position of the Hariri family in Beirut and all Lebanon.

"Hariri engages in the electoral battle amid a tornado of pressures coming from all sides. His status in Saudi Arabia is not the same, neither on the political level nor on the economic one. Such not only reveals the deteriorating relation between Hariri and the Saudi Royal family, but also to the fact that Saudi Arabia itself is in crisis where it has no "Cash" money anymore!" read the paper.

Head of the Future Party MP Saad Hariri is afraid of the results of elections in Beirut, said al-Akhbar newspaper on Friday.

"It is not news anymore that his situation in Saudi Arabia is not so fine; he has been abandoned politically and financially," the paper added, pointing out that "he is seeking some sort of settlement in Lebanon wherever he could."

Prominent judiciary sources told al-Jomhouria newspaper on Friday that Telecoms minister Botrous Harb has expressed willingness to help in the prosecution of any employee found involved in the illegal internet scandal.

According to the paper, the Financial General Prosecutor on Thursday afternoon sent a request related to the illegal internet file to Harb, requesting permission to pursuit some of the employees at his ministry, particularly Ogero employees.

Sources said that the minister objected the request addressed earlier to the ministry, and explained during a parliamentary media committee meeting on Thursday that the request to prosecute some of the staff at his ministry did not respect the standards nor did it comprise the necessary investigations on which he can build his decision upon.

Speaking on condition of anonymity, judicial sources said that the investigations of the internet scandal are based on clear confessions, and that there are many facts that require the prosecution of employees including some managers. Among those requested to undergo prosecution is the Ogero telecoms company head Abdul Monem Youssef, who is currently in Paris.